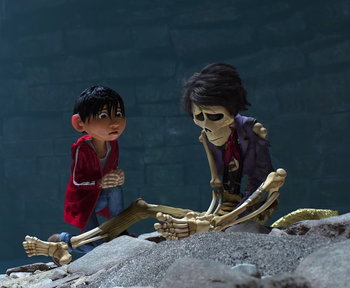 "She's... forgetting me."
Hoo boy, where do you even start? Considering it's heavy subject matter for Pixar film, Coco has a reputation for breaking hearts-a-plenty. Here are some examples that show just why.
Advertisement: