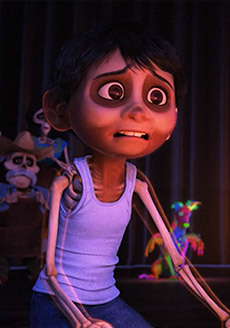 His fear's almost as transparent as his skin.
Marty: His head's gone! It's like it's been erased.
Doc: Erased from existence.
— Back to the Future
Advertisement:

A character slowly begins to fade away, often as a form of non-violent onscreen death. This differs from Everything Fades and Disappears into Light, as the character is always alive and fully conscious throughout the process, and that the fading is explicitly the cause of their death/disappearance. That said, the fading is not always fatal if the character can find a way to stop it in time.

On some occasions, the fading can be relatively quick and sudden, with the stricken character swiftly dwindling and disappearing. Other times, the process will take some time to complete, causing the a character to gradually become more and more transparent and ghostlike, gradually losing the ability to interact with the physical world around them until they eventually vanish completely.

Characters who are likely to suffer this fate include ghosts and spirits, beings trapped in a world that is not their own, "imaginary" creatures that are dependent on belief to exist, other beings who have somehow lost the "cause" for their existence, and even the odd Intangible Man with Power Incontinence. This can also be caused by a Delayed Ripple Effect when Time Travel is involved, in which case this trope will likely overlap with Ret-Gone as the fading person is removed from history.

Compare with Reduced to Dust, where characters (or objects) turn into dust, ashes or the like, instead of fading away completely without a trace.

This is a Death Trope. Beware of unmarked spoilers!