What Could Have Been / Inside Out 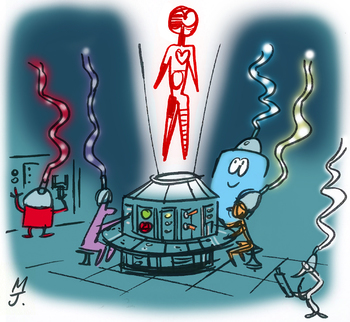 The basic idea for Inside Out is 'Anthropomorphic Emotions' used to make a deep analysis of emotional psychology. With that in mind, is it all that surprising how many different concepts the movie went through to reach its final stage?