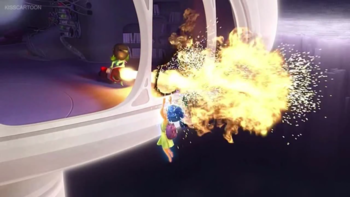 FIRE IN THE HOOOOOLE!!!
Advertisement: