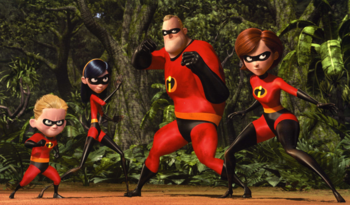 Badass Family at its finest.
Dash: That was so cool when you threw that car!
Bob: Not as cool as you running on water!
— Bob and Dash lampshading how awesome their experiences are
Advertisement:

Awesome moments in The Incredibles.