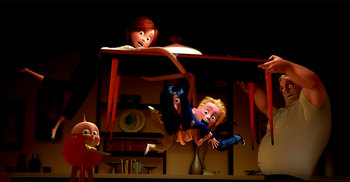 Someone had to have the last piece of meatloaf.
Advertisement:

Funny moments in The Incredibles.