Nightmare Fuel / Inside Out 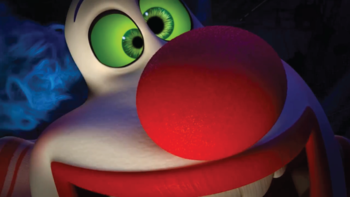