What Could Have Been / Toy Story 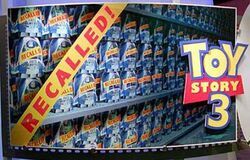