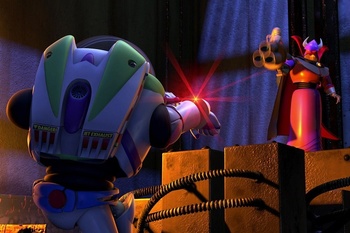 "So, we meet again, Buzz Lightyear! For the last time!"