What Could Have Been / Tangled 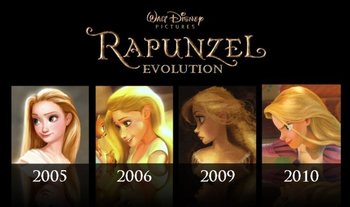 Some of Rapunzel's older designs.