See also the page for Tangled: The Series. 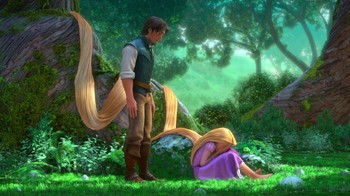 That was a quick 180 from joy at freedom to heavy remorse for disobedience.