See also the pages for Tangled Ever After and Tangled: The Series. 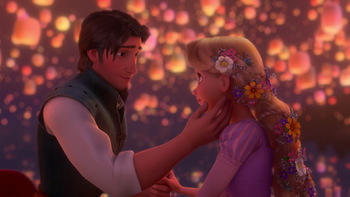 "All at once, everything is different
Now that I see you!"