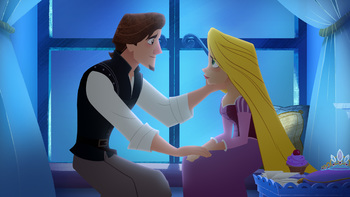 Spoilers Off applies to Heartwarming pages. All spoilers are unmarked. 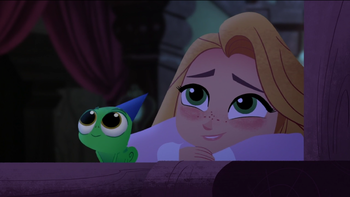 What happens when a tiny, smol person and an even tinier, smol-er chameleon meet? You get proof that Rapunzel and Pascal have always been great friends.
What the Hair?!

The Return of Strongbow

Keeper of the Spire

Day of the Animals