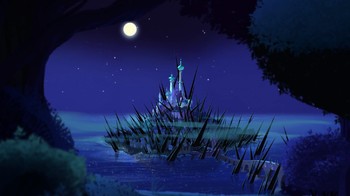 Disguised in a magical cloak, Cassandra sneaks into Corona with the intention of making amends with Rapunzel. But Zhan Tiri isn't about to let that happen without causing some chaos first!