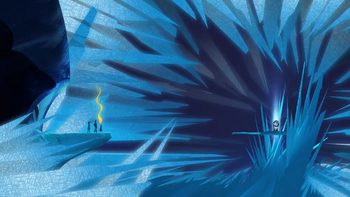 The gang finally arrive at the Dark Kingdom, home of the Moonstone. Finally reaching the end of their journey, Rapunzel is set to fulfill her destiny. But someone else is gunning for the same thing, and he or she will do anything to make sure it happens!