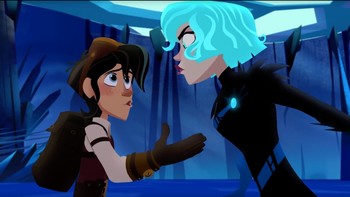 When Rapunzel feels ready to settle down and begin living a normal life, Cassandra returns to Corona with a score to settle. But the Enchanted Girl has plans of her own, and will make absolutely sure that they are fulfilled!