Heartwarming / The Princess and the Frog 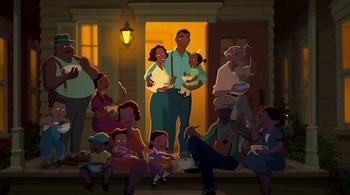