Funny / The Princess and the Frog 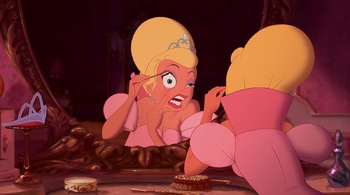 Some people just can't learn to make up their minds.