Tear Jerker / The Princess and the Frog 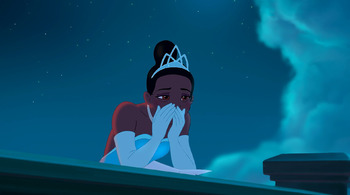 "People would have come from everywhere... I was almost there."
As a Moments subpage, all spoilers are unmarked as per policy. You Have Been Warned.