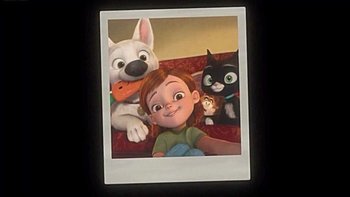 "That's a keeper."
About every other scene in Bolt, starting with the opening and ending with the fade-out.