This page is for the Servant characters of Fate/Zero, the prequel to Fate/stay night.

WARNING: This character sheet will assume that you have read Fate/stay night. Major spoilers will be found ahead for both Fate/stay night and Fate/Zero.

The Servants in General
Saber

"I only joined this war to avoid spilling rivers of blood. Fight for the Holy Grail, no meaningless bloodshed, minimize sacrifices, one person taking up the mission of fate instead of armies of men and competing here - this is what we Servants should do."

Saber is the Servant of Kiritsugu and normally goes around accompanied by Irisviel, who acts as a decoy. Furthermore, she and Kiritsugu are unable to work together directly. Her true identity is Arthur, the King of Knights, who in the Nasuverse turns out to have been female. She was summoned using the sheath Avalon as a catalyst after it was excavated by the Einzberns. Because she is not satisfied with the job she did in life, she has agreed to participate in the Grail War in the hopes that it will grant her wish to allow her to redo her rule.

Saber is a strong believer in honorable forms of combat and leadership, which allows her to get along well with Diarmuid and earn some measure of recognition from Rider, though both he and Gilgamesh also look down on her. She and Kiritsugu are entirely opposed and do not even speak to each other. Finally, both Caster and Berserker have strange fixations on her.

Her Noble Phantasms are Excalibur, her signature weapon which she can use to launch a Sword Beam, disguising it with the windy barrier "Invisible Air", and Avalon, Excalibur's sheath, which grants the holder Nigh-Invulnerability. 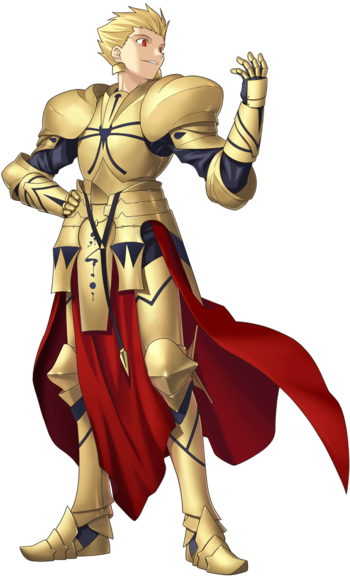 "You are not worthy to gaze upon me. A filthy worm like you should face the ground, crawl on your stomach, and die."

Archer's true identity is Gilgamesh, the famous Babylonian king and he has the title of King of Heroes. He is the oldest and most venerable Heroic Spirit. He was summoned using the fossil of "the first snake to shed its skin" as a catalyst, relating to Gilgamesh's quest for immortality. Gilgamesh has no true wish but merely believes that the Grail should be returned to him because everything belongs to him.

He accepts his Master Tokiomi as a subordinate and will occasionally listen to his requests, but overall he finds his kowtowing to be boring and occasionally insulting. He is much more interested in Tokiomi's assistant, Kirei Kotomine, and he similarly finds Saber to be intriguing.

His main Noble Phantasm is the Gate of Babylon, a portal leading to a storage of all the Noble Phantasms he acquired during his reign, not to mention an ancient spaceship from Indian Mythology and his wine cellar. Lacking the proficiency to use most of the Noble Phantasms, he mainly just shoots them at people. His most powerful is the demonic sword Ea, an Anti-World Noble Phantasm that is only used on the few he deems worthy. 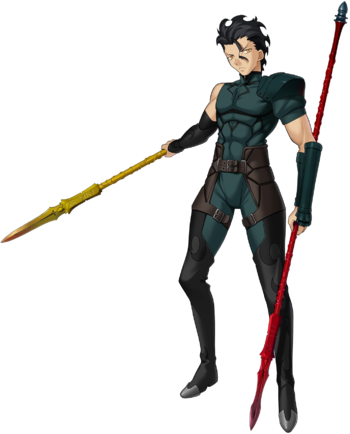 "It wouldn't suit my reputation to murder a woman weakened by my face alone. I am glad my first opponent has such backbone."

The servant summoned by Kayneth El-Melloi, Lancer's true identity is Diarmuid of the Love Spot, a hero from the Fenian Cycle of Irish mythology. Originally, Kayneth had wanted to summon the powerful Iskander, but the catalyst was stolen by Waver Velvet and he had to make do with Diarmuid. Diarmuid agreed to serve him because he wished to faithfully serve a lord once more rather than because he had a wish to make on the Grail.

Due to his mastery of arms and his nobility, he is respected by both Iskander and Artoria. His loyalty to his Master is a source of great pride for him, but Kayneth is uneasy at Diarmuid's apparent lack of motive for assisting him. This matter is not helped by the clear infatuation Kayneth's fiancee holds for the chivalrous Servant.

His Noble Phantasms are Gae Dearg, a spear that severs prana-connection, and Gae Buidhe, a cursed lance that creates a Wound That Will Not Heal so long as he is alive and his spear intact. While not a Noble Phantasm, he also has his infamous Love Spot in the form of a "Mystic Face" - true to legend, it infatuates females who look upon him and do not have the means to magically resist it. 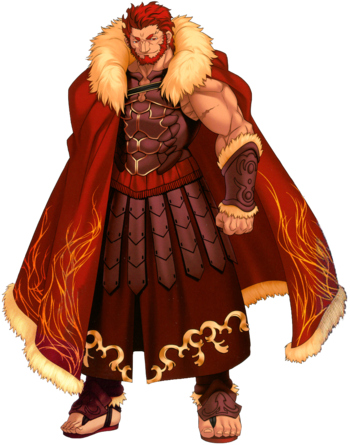 "The King - lives to the fullest! He needs to live more fully than anyone else! He is a figure of admiration to his people!"

Rider is the third of the kings of Fate Zero, the King of Conquerors, Iskander. He was summoned using the catalyst stolen by Waver Velvet, which is his ancient mantle. He has little direct interest in the Grail and merely wants a more permanent body so that he can conquer the world again. However, he does not use violence as his primary method; "victory without elimination, ruling without humiliation, that is true conquest". An impulsive and overbearing man who lives according to his emotions and lets history take its own course. To this end, he attempts to enlist the other Heroic Spirits into his army with a We Can Rule Together speech.

He has a level of respect for Saber's honor and chivalry and definitely her ability, but disapproves of her motivation. He is also able to get along with the notoriously arrogant Gilgamesh.

Caster is the Servant of Ryuunosuke Uryuu and, just like his Master, a serial killer. His true identity is Gilles de Rais, also known as Bluebeard. He was one of the commanders led by Jeanne d'Arc. Though he is of the Caster class, he is not really a mage. Rather, he has a spellbook that was given to him by Francesco Prelati that allows him to summon Eldritch Abominations called Horrors. He is fond of using these and more mundane methods to kill victims with a particular fondness for granting the victim a Hope Spot before butchering them or using them for 'artistic' purposes.

Originally, he intended to use the Grail to revive Jeanne, but upon seeing Saber he decided that she had already been revived by the Grail and instead revised his motivation to making her accept her 'true' identity.

His Noble Phantasm is Prelati's Spellbook, a living grimoire with a cover made of human skin that generates its own prana and allows him to summon Eldritch Abominations. 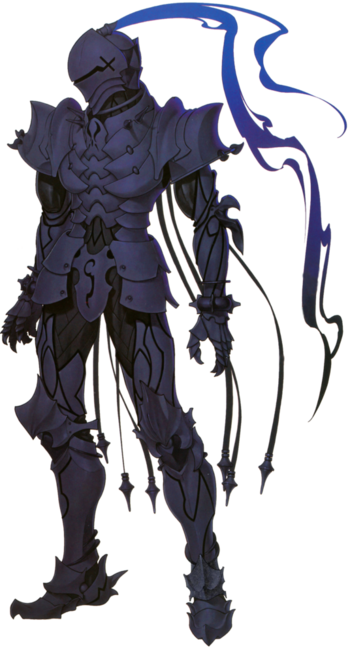 "I am the shunned. The scorned. The despised. My name is unworthy of praise. My body unworthy of envy. I am the shadow cast by the Heroic Spirit's light. The darkness born in the shadow of shining legend."

Berserker is the only Servant whose identity is not given outright very early in the story. He is the Servant of Kariya and underwent Mad Enhancement of his own free will, rendering himself feral and disobedient. However, due to some special abilities, unlike most Berserkers he keeps his skill with weaponry and a level of tactical ability. In fact, he is able to adapt objects into his own pseudo Noble Phantasms, turning them into effective anti Servant weaponry. With these advantages, he appears to be unmatched in close range combat.

Berserker has next to no interest in anything other than seeking out Saber and fighting her for reasons she is unable to understand. Without a Command Spell enforcing an order, he is all but impossible to control.

The Black Knight has three Noble Phantasms: First, he is able to disguise himself using the black fog called "For Someone's Glory", which obscures most of his combat data; second is "Knight of Owner", which turns anything he can construe as a weapon into his own D-Rank Noble Phantasm the moment he touches it - including the Noble Phantasms of other Servants, should they be foolish enough to let him grab them. His final Noble Phantasm is not seen until very late in the war and reveals his true identity. 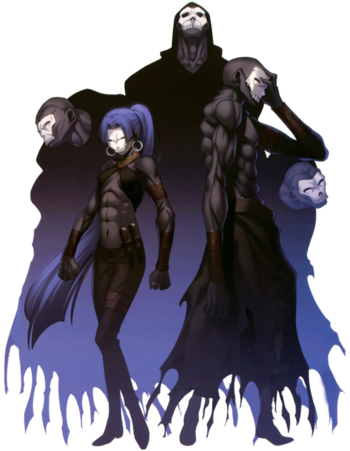 "We are all acting as one Servant, and each individual is only a shadow of the whole."

Assassin is the Servant summoned by Kirei Kotomine and unlike the other Servants is not a true Heroic Spirit. Rather, he is a similar but lesser type of being that lacks a true identity. In life, he had dozens of unique personalities that each had their own skillsets, making him a master spy and assassin. As a Servant, each one is granted its own body. One body is sacrificed early on without its knowledge to give the impression that Assassin has been defeated, after which the remaining ones are free to move about without suspicion as a scouting team.

Assassin's multiple bodies are in fact his Noble Phantasm, Zabinaya. In life, Assassin could merely alter his body to suit his skill set and personality, but now he possesses the ability to manifest them all separately. Each one has to be killed in order to kill him for real. 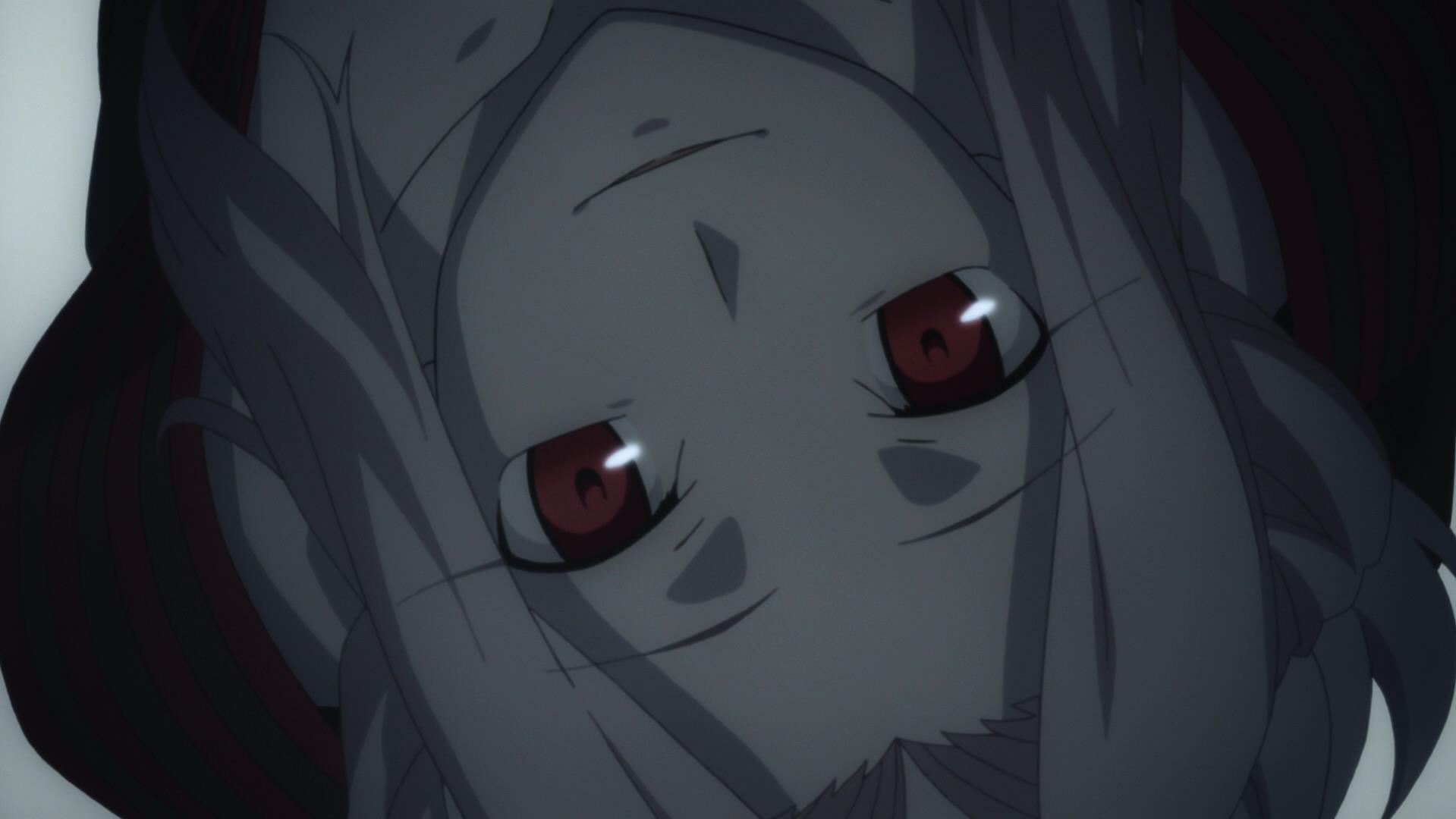 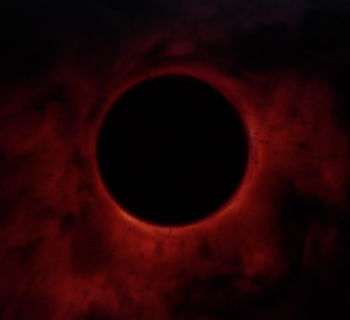 Avenger within the Grail 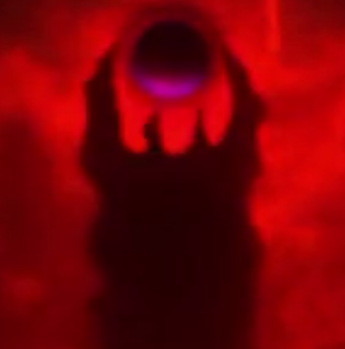 Aŋra Mainiiu was once a man living in the 6th century Middle East, chosen to be persecuted and tortured by his people as the incarnation of "All the World's Evil". His peoples' veneration of him as such enabled his soul to become a corrupt Heroic Spirit upon death; and during the Third Holy Grail War, the Einzberns summoned him as the Servant called Avenger while trying to summon the Zoroastrian God of Evil Aŋra Mainiiu, who they mistook him for. Avenger was slain due to his weakness, not even possessing a Noble Phantasm; but when his soul was taken into the Greater Grail, it granted the wish of the people who had sacrificed the man and transformed his soul into the incarnation of All the World's Evil. Contained within and corrupting the Greater Grail, Aŋra Mainiiu waits to be reborn so that it can fulfill its own desires: the destruction of humanity.

As a result of it corrupting the Greater Grail, anti-heroes and villains like Berserker and Caster were able to be summoned during the Fourth Grail War.