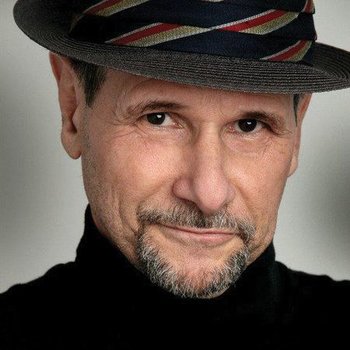 Attention all tropers and trope readers currently on the net.
Welcome to the Dan Woren trope page. This place exists between dream and reality; mind and matter.
Dream? Reality? Mind? Matter? What is that? Can I eat it?
YOU! Solitary, now!
Advertisement:

Those are perhaps his most famous roles. He also voices Gwendal in Kyo Kara Maoh! and Roy Fokker in Robotech. He also did dubbed voices for kung-fu films. He's also the voice of several characters in most of the Dynasty Warriors games. He recently voiced Arthur in Marvel vs. Capcom 3. He has also made on-camera cameos in films and television, including Beastmaster 2: Through the Portal of Time, The A-Team, Babylon 5 and Star Trek: First Contact.