open/close all folders
Main Protagonists
Tropes that apply to both protagonists. 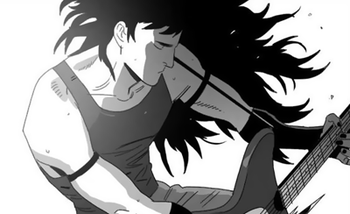 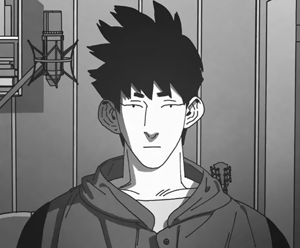 The former main guitarist of Dark Heaven and Simon's ex-boyfriend, he now works for a magazine company owned by his current girlfriend. Much of the story revolves around Conor's struggles to rediscover his identity in a setting that is averse to both racial and sexual minorities. 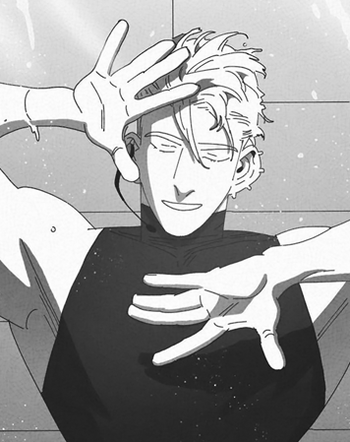 The former vocalist of Dark Heaven and Conor's ex-boyfriend. After his band broke up, he immediately rose to the top as a rising pop star under the T-Rex record label, but has lived in seclusion after being implicated as a party of interest in the W.A.F. serial murders. 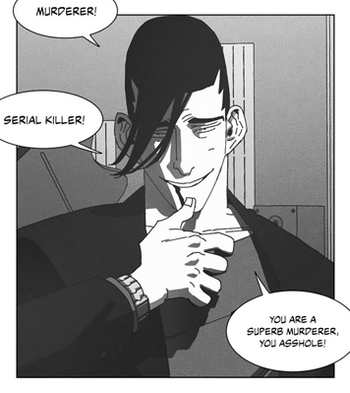 Gale as an adult. 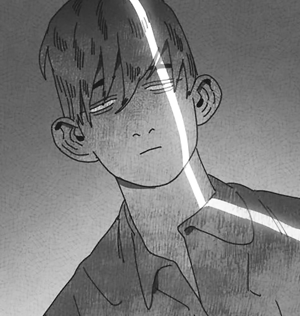 Gale as a teenager.

The younger half-brother of Simon, he supposedly went missing after joining the military. He has since reappeared to his sibling with a tempting proposition in exchange for cash. 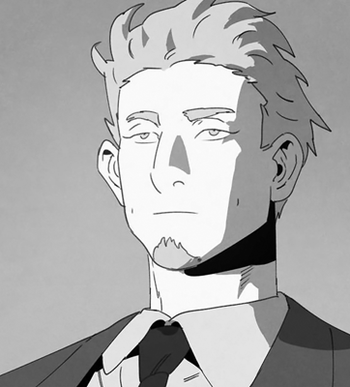 Conor's cousin. Once close with the Lee family, he has since cut ties with them and is currently working as Simon's manager. 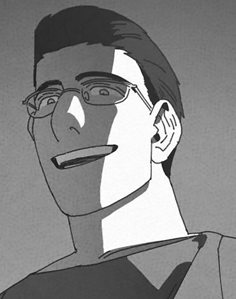 A prosecutor who has a keen interest in Simon's involvement with the W.A.F. serial killings. Is he merely doing his job or is there more to him than meets the eye? 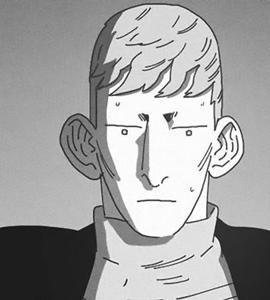 A detective affiliated with the Van Tescosa police department. He works alongside Talen to uncover the truth behind the W.A.F. serial killings. 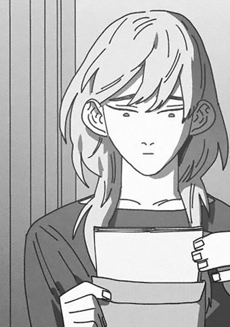 Conor's current girlfriend and heir to the Reeble fortune. She was one of Dark Heaven's biggest fans and has tried her best to fill the void Simon left in Conor's heart. 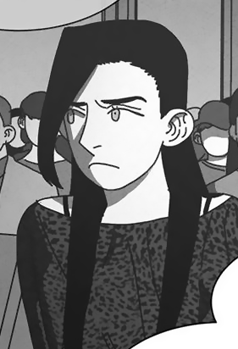 The former drummer of Dark Heaven who currently works in the same company as Conor. A supportive figure since childhood, she is concerned for her two male friends and hopes they can reconcile someday. 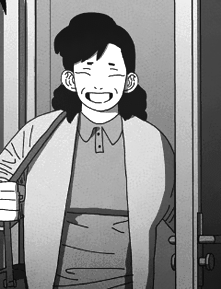 Conor's mother who volunteers for the local church. Despite her conservative views, she only wants what's best for her family and struggles to reconnect with Conor due to his inner conflict.

Conor's father. Though he and his family moved to Van Tescosa for a better life, he constantly has trouble trying to integrate and is a stickler for Korean values.

Simon's father. A well-known professor with a perfectionist streak. Despite being respected in the academic world, his family is far from perfect.

Simon's stepmother and Gale's biological mother. Formerly Mr. Winsor's mistress, she married him after his first wife died and has since run the household with an iron fist.

Veronica's father and Conor's current boss. He loves spoiling his own daughter rotten while making outrageous demands from his underlings. 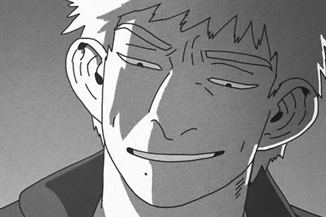 An unrepentant racist who once tormented Conor in grade school. Responsible for ruining the latter's music career years later, he has become the target of an unknown assailant who has been murdering W.A.F. members in gruesome methods.

One of the leading figures of T-Rex Corporation, she has no qualms making unethical choices if it means making bigger profits for the company's shareholders.

Conor and Simon's friend who runs his own bar.

A former guitarist of Dark Heaven who has since gone solo since the band's break-up.

An assistant to one of T-Rex's current pop stars, she dreams of making it big someday.