The characters of one of [adult swim]'s first Animated Series, but which one is really number one in the hood, G?

In General
Cuz' we are the Aqua Teens, make the homies say 'ho' and the girlies wanna scream! 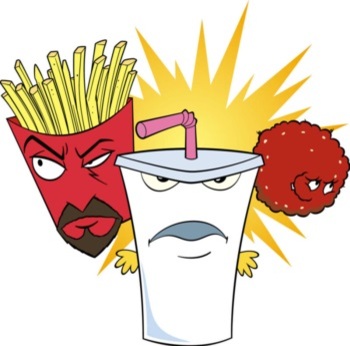 From left to right: Frylock, Master Shake, and Meatwad
A trio of sentient fast food products who reside in a ghetto house in a suburban neighborhood in New Jersey. They were created by Dr. Weird.

Master Shake
My name is Shake-zula, the mike rul-a, the old school-a, you want a trip? I'll bring it to ya! 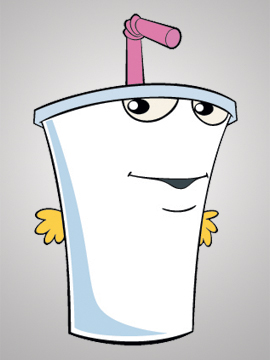 "I will never get the credit that I deserve for the attention-grabbing things that I do."

A giant, talking milkshake. Yes, you read that right. He likes to think he's the boss, but is just a stupid jerk.

Frylock
Frylock, and I'm on top, rock you like a cop. Meatwad, you up next with your knock knock! 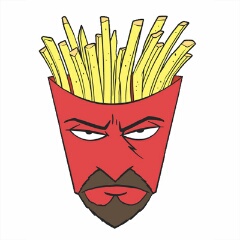 "Well, we're kind of not detectives anymore. That wasn't making us a whole lot of money."

A floating, super-intelligent box of french fries with various powers. Usually the most realistic and morally decent member of the trio, but he still has his moments of questionability.

Meatwad
Meatwad make the money, see? Meatwad get the honeys, G. Drivin' in my car, livin' like a star, ice on my finger, and my toes, and I'm a Taurus. 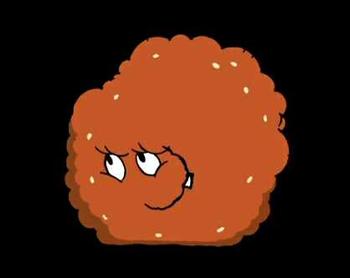 "Frylock, I'm friends with a toilet paper tube, an apple, and a box. I'm crazy in the head."

A wad of meat. Pretty slow-witted, but he has a good heart.

Carl Brutananadilewski
"It don't matter. None of this matters." 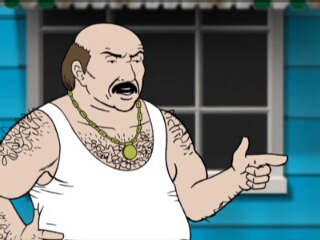 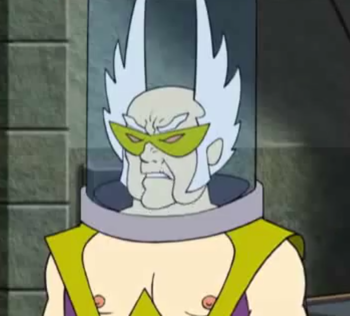 A mad scientist who works out of an abandoned insane asylum in Jersey. 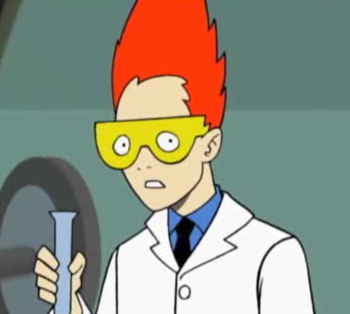 The Mooninites (Ignignokt and Err)
"Some might say the Earth is our moon."
"We're the moon."
"But that would belittle the name of our moon. Which is: The Moon." 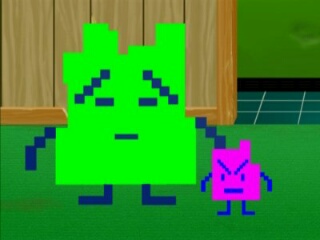 Aliens from the moon that look like they'd be better off in an Atari game.

The Plutonians (Emory and Oglethorpe) 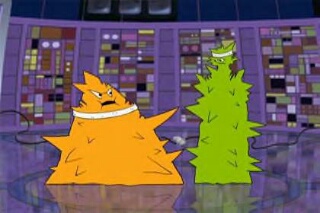 Pointy aliens from Pluto. Emory is the green one, while Oglethorpe is the orange one. 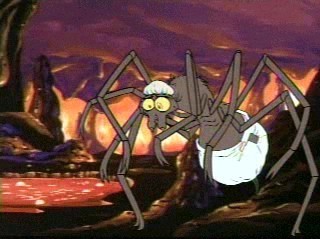 Whatever form he's in, he has a Batman Gambit to take over the world, but he really wants to be free from Satan. He still has a diaper, yellow eyes, and a shower cap, though.

The Cybernetic Ghost of Christmas Past from the Future
"THOUSANDS OF YEARS AGO..." 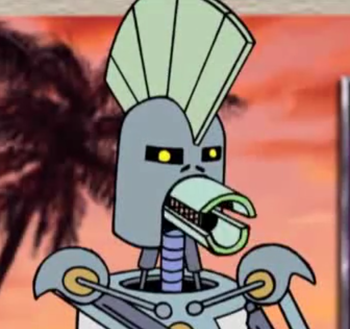 Read his name again if you're having trouble with this one. 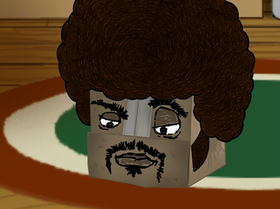 One of Meatwad's toys who he talks to.

A dick with a coat full of mouths.

The Aqua Teens landlord. His presence makes there be Continuity. 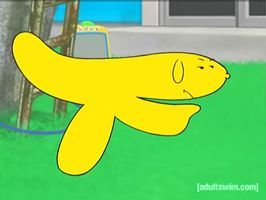 A yellow dog that Frylock genetically engineers for Meatwad using the "Make Your Own Dog 1.0" software, Carl's pool, and Master Shake's hand DNA.

A group of three talking fruits, consisting of Bert Banana, Tammy Tangerine, and Mortimer Mango, who are all Born-Again Christians, as well as recovering drug addicts.

A Robot Girl build by Frylock as a perfect mate for Shake.
Willie Nelson

A monster that lives in the attic. He loves juice.
Rabbot 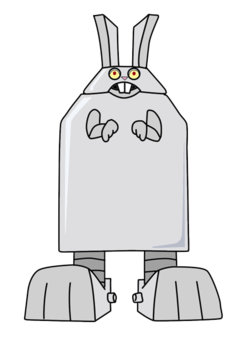 Voiced by: sound effects from the X-Static Goldmine voice library

A giant robotic rabbit created by Dr. Weird to solve “the world’s vegetable problem”, that escaped and began wreaking havoc.

A deranged homeless man who claims to be a tree wizard and has a propensity for illegal and downright insane activities. 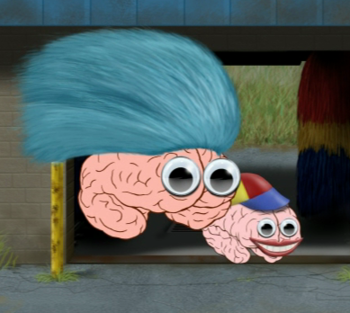 A duo of alien, floating brains who start a car wash in order to steal other people's brains to work for them.

An angel that came to haunt Shake after he dropped a slab of concrete into a busy street and killed his human body in a car crash. Now he forces Shake to do nice things for other people or else he'll send him straight to hell to be burnt.