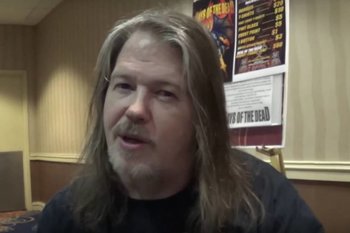 A gifted animator and voice actor, Clay Martin Croker (January 10th, 1962 - September 17th, 2016) helped start up a new era for the Turner company and its animation.

Known for his voice roles of Zorak and Moltar in Space Ghost Coast to Coast, Croker brought his favorite characters to life in a spoof talkshow based on the 1966 Space Ghost series.

By 2000, he was hired to do the voice of Dr. Weird and Steve in Aqua Teen Hunger Force.