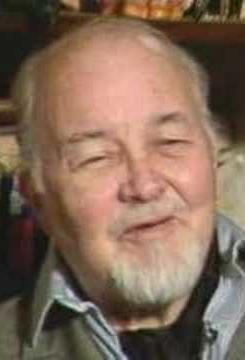 James "Shamus" Culhane (November 12, 1908 – February 2, 1996) was a veteran animator and director. Considered one of the finest of the era, Culhane worked at almost every studio of the time, starting at Hearst and Bray Studios, moving on to Fleischer Studios and the Ub Iwerks studio, secured a job at Disney, made a brief return to Fleischers, had a very brief stint at Warner Bros. in the Chuck Jones unit, but the most important part of his career would have to be his tenure at the Walter Lantz cartoon studio, where he directed some of the best shorts of the studio, including the Woody Woodpecker short "The Barber of Seville".

Post-Lantz, he founded his own animation studio, Shamus Culhane Productions, which produced thousands of TV spots, including a particularly famous Muriel Cigar advertisement, and later on produced classic shows like Rocket Robin Hood, but it folded by the 1960's, allowing Culhane to find work at Paramount Cartoon Studios. After quitting (or fired, according to the Ralph Bakshi book "Unfiltered") Culhane worked on several made for TV specials and then went into semi-retirement. Later down the road, he published two acclaimed books: the instructional book Animation: From Script to Screen and his autobiography Talking Animals And Other People. He was also lifelong friends with veteran animator Grim Natwick, all the way up to when Grim died, aged 100.

Notable Work of His Includes: