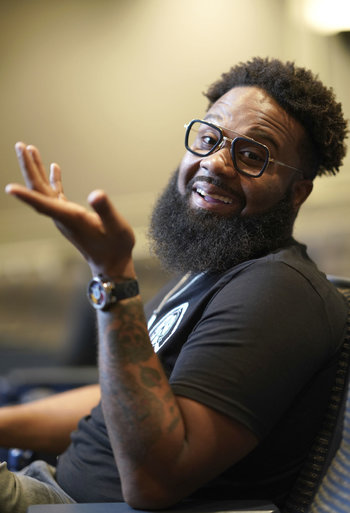 Bennie Amey III, known professionally as Blanco Brown (born March 24, 1985) is an American singer, songwriter, and music producer. Brown has written and produced for several R&B and Pop artists such as Pitbull, Chris Brown, Fergie and Monica, but it's his own work in the Country Rap genre that led to notoriety. His single "The Git Up", a self-described "TrailerTrap" track was a top 20 hit in America and reached number one on the Country Songs chart, boosted by the Git Up Challenge on TikTok.

Brown had a surprise second hit when in March 2021 he ascended to the top of the country music charts as a featured artist on Parmalee's "Just the Way". During the song's chart run, Brown was hospitalized after breaking both arms and legs in a motorcycle accident.