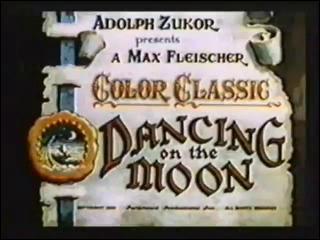 Color Classics were a series of animated short subjects produced by Fleischer Studios for Paramount Pictures from 1934 to 1941 as a competitor to Walt Disney's Silly Symphonies. As the name implies, all of the shorts were made in color, with the first entry in the series, "Poor Cinderella" (starring Betty Boop in the title role), being the first color cartoon produced by the Fleischer studio. There were 36 films produced in this series.

They are considered by some animation critics and modern audiences to be cheap knock-offs of Walt Disney's own Silly Symphonies, but many of these cartoons are still highly regarded today, including Somewhere in Dreamland (1936), the Academy Award nominated shorts, Educated Fish (1937), Hunky and Spunky (1938, first in a subseries), and Small Fry (1939). The first film in the series, Poor Cinderella, featured Betty Boop (in her sole color appearance in a theatrical cartoon, with red hair and turquoise eyes); future films were usually one-shot cartoons with no starring characters, save for one shot that guest-starred Betty's grandpa, Grampy. Two color classics - Educated Fish (1937) and Hunky and Spunky - were nominated for the Academy Award for Best Short Subject (Cartoons); both lost to Disney shorts.

A similar series would be started by Fleischer's successor Famous Studios in 1943, under the name Noveltoons. Some of the one-shots in this series would be reminiscent of the Color Classics in terms of production value and story.

—info cited from The Other Wiki's description of the series.

Several years ago, a DVD set containing almost all of the cartoons (save "Tears of an Onion" due to copyright) was compiled and released by historian Jerry Beck, although almost all of the shorts save that one have slipped into the Public Domain.

On that note, over a decade after his previous appearances, Hunky the Burro was brought back as a side-character for at least two Casper the Friendly Ghost and Noveltoon shorts.

Color Classics with their own work pages: