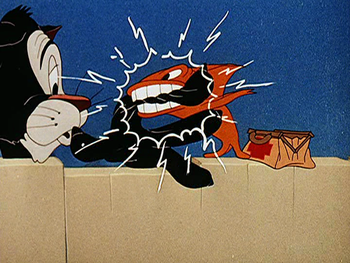 Andy Panda goes looking for a present for his dad for Father's Day, and he gets a goldfish from a pet shop. All is well until a cat rooting through garbage cans spots Andy carrying home a tasty fresh fish. The cat sets out to eat the fish while the fist tries to not be eaten.