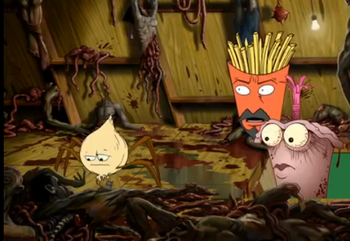 Don't Ask, Just Run
Despite being a show that mainly thrives off surreal and vulgar humor, there's several instances where the episodes cross from funny into downright disturbing.