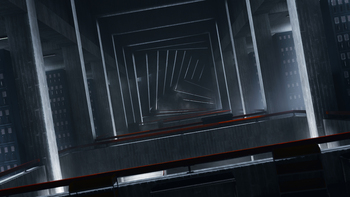 "August 4th, 1964: we discovered the Oldest House while investigating a suspected Altered World Event case in the New York City subway tunnels. The agents found their way up into the building. Once we became aware of it, it was there."
Advertisement: