Characters / The Order of the Stick: Human Party Members

For general tropes about the whole group, see The Order of the Stick. 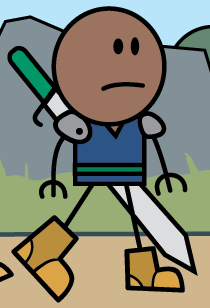 "Is that another 'Fighters are dumb' crack?"
Race: Human
Gender: Male
Class: Fighter
Alignment: Lawful Good, Beleaguered Good (according to the Adventure Game)

A very intelligent human warrior with an ancestral sword and a serious problem with his unsupportive father ("Powerful mage, Devoted husband, Passable father"), Roy is the leader of the Order of the Stick. Deals with copious amounts of stress daily, often due to somewhat... er... unreliable teammates. Sworn to kill Xykon as part of his father's Blood Oath. 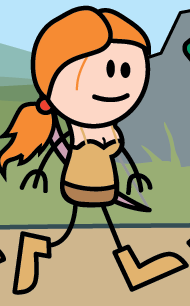 A cute rogue with a motivation for her theft (if she can't come up with enough money, her father faces imprisonment for life). She is incredibly neurotic with a very fragmented personality. She's also in a relationship with Elan. By her own admission, "Chaotic Good-ish". She's the second-in-command of the Order of the Stick. 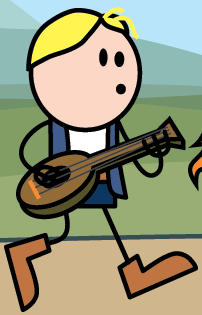 A fairly dim but highly charismatic bard with an idiosyncratic thought process and only a slight effect in battle. Later this is mitigated after he takes his first level in Dashing Swordsman. Can be extremely slow on the uptake.