The Order of the Scribble

Lord Shojo: Their final adventures together led them to seal all five of the rifts, trapping the Snarl once again in its timeless prison.

The adventuring precursors to the Order of the Stick. They were responsible for sealing the Rifts and creating the Gates. So far Kraagor has only been seen in flashbacks during "The Crayons of Time" 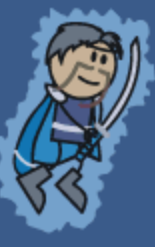 "Only the honor of a paladin is unbreakable — even by death itself."
Race: Human (later spirit)
Gender: Male
Class: Paladin
Alignment: Lawful Good

A paladin and founder of the Sapphire Guard. He built Azure City's citadel around his Gate. He was the first to encounter the Rifts. His wife Mijung was killed by the Snarl, which was his motivation for sealing them. He guarded the Gate in Azure City with the Sapphire Guard.

"You have not earned your magic, it came to you in your blood."
Race: Human
Gender: Male
Class: Wizard
Alignment: Neutral Good

A powerful human wizard who helped to build the Gates. He guarded the Gate in the Redmountain Hills with a huge dungeon and powerful magical wards. Xykon defeated him in a mages' duel and took over his dungeon.

"Perhaps you will begin to appreciate how interconnected everything is during your long stay... though I doubt it."
Race: Elf
Gender: Female
Class: Druid
Alignment: Neutral Good

A powerful elf druid who met Soon shortly after his wife was killed. She helped Dorukan to build the Gates and guarded the Gate in the Elven Lands with nature's might and a magic-destroying virus. 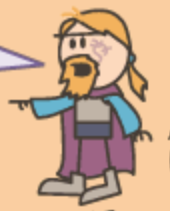 "I've never trusted authority figures, be they kings, presidents, or party leaders. Give a man enough power, and he's bound to abuse it, no matter how noble he thinks he is."
Race: Dragonblood Human
Gender: Male
Class: Ranger/Sorcerer
Alignment: Chaotic Neutral

The Order of the Scribble's ranger/illusionist. He guards the gate in the middle of the desert on the Western Continent with powerful illusions. 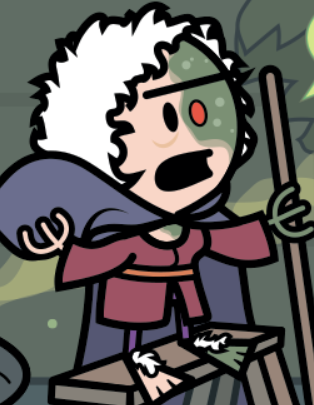 "I'm sure you both have very grandiose ideas about your place in the grand scheme of things, but I'm here to let you know: You don't have the juice. You don't even have the bottle that the juice would go in."
Race: Halfling
Gender: Female
Class: Rogue
Alignment: Unknownnote possibly Lawful Good in her youth as she was considering multiclassing into paladin, although this is ambiguous since Kraagor doesn't think she's the paladin type, and she's likely either Chaotic Good or Chaotic Neutral in the present day due to her rogue class

A halfling who acted as the rogue of the party. She proposed the pact of noninterference, allowing the rest of the Order to go their separate ways. She created a dungeon with powerful creatures guarding Kraagor's Gate near the Dwarven lands, yet opted to continue a life of adventuring. Her diary has provided Xykon with the coordinates of all the gates. 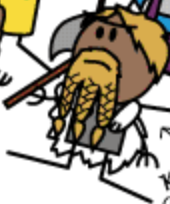 A dwarf who acted as the party's barbarian. He was tragically killed by the Snarl when Dorukan sealed the last rift.