Characters / The Order of the Stick: The Linear Guild

Lee: Destructive unnecessary conflict is pretty much all they do.
Qarr: ...They look like total morons.
Cedrik: They are! Isn't it just perfect?

Led by Elan's Evil Twin Nale, the Linear Guild is an Evil Counterpart to the Order, whom Nale has a vendetta against.

"Because no one denies me, Elan. Not father, not you, no one."
Race: Human
Gender: Male
Class: Fighter/Rogue/Sorcerer
Alignment: Lawful Evil

Elan's twin brother, raised by their Lawful Evil warlord father to be extremely ruthless. A multiclassed fighter/rogue/sorcerer, this ironically means he has about the exact same abilities as his bard brother. Only more complicated. note The abilities aren't an exact match; sorcerors and bards have different spell lists (though Nale's multiclassing does restrict his spell progression to a similar rate to a bard), and rogues and bards have some separate abilities. Also, none of Nale's classes get Magic Music. However, it does mesh with Nale's vaunted "evil opposites" theme; bards can't be lawful, so this multiclass combination enables Nale to have the same abilities as but the exact opposite alignment to his hated twin.

Nale's evil Outsider (D&D speak for "native to one of the Outer Planes") girlfriend, eventually confirmed to be a succubus. Can shapeshift into any humanoid form. She's also the IFCC's direct agent in the Linear Guild. 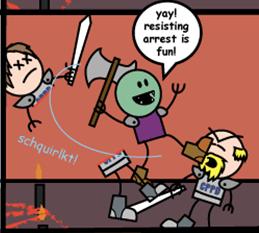 Half-orc barbarian (with a few levels of fighter) who loves puppies and ice cream, as well as hurting people. His slow-wittedness tends to endear him to the readership.

Introduced in the Dungeon of Dorukan 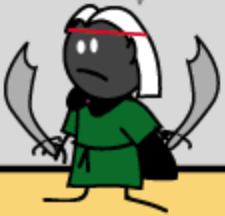 A dark elf wizard and V's opposite number; unlike the ambiguously gendered V, he is defined as a male.

"Oh, golly, I'm soooo sorry I can't get worked up by what a bunch of dead dwarves think about my personal life. MY personal life, as in MY business."
Race: Dwarf
Gender: Female
Class: Cleric
Alignment: Chaotic Evil

A female dwarf cleric of Loki, who is briefly Durkon's love interest, until he learns that she is married. 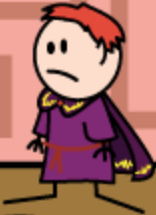 A half-elf conjurer from the Warthog's School of Wizardry and Sorcery, and Zz'dtri's replacement as Vaarsuvius's evil opposite. 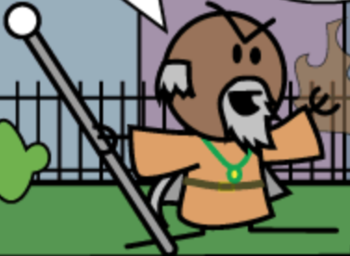 An evil gnome druid who replaces Hilgya as Durkon's opposite, a role in which he fits very well with his habit of animating trees to send them rampaging. 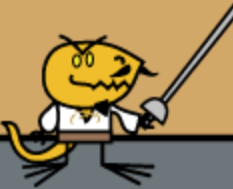 "Hello. My name is Yokyok. You killed my father. Prepare to die."
Race: Kobold
Gender: Male
Class: Unknown (probably Duelist)
Alignment: Lawful Good (possibly Lawful Neutral due to his willingness to let Nale and company rampage uncontested for the sake of his vengeance)

A Lawful Good kobold; son of Yikyik and intent to avenge his death at Belkar's hands.

Introduced in the Empire of Blood

For Tarquin, Malack, and Kilkil, see The Empire of Blood.

A new kobold member of the group, naturally another Belkar equivalent.