Characters / The Order of the Stick: Animal Companions

The various familiars, paladin mounts, animal companions and other pets affiliated with the characters.

Animal companions of the Order of the Stick

"I prefer to think of myself as a super-advanced flying stealth dinosaur! (Also, you're a moron.)"
Species: Raven
Gender: Male
Alignment: True Neutral

Vaarsuvius's raven familiar. V ignored Blackwing for years, and in fact never even named him — it was Haley who gave the bird its less-than-original moniker. For most of the comic's run, Blackwing just disappears until V remembers needing him, but from the start of Book 5 V is trying to make up for the years of neglect, while Blackwing acts as the elf's much-needed conscience.

An ordinary white cat, at first Lord Shojo's pampered pet. He is then adopted by Belkar and becomes his animal companion. 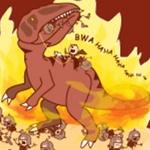 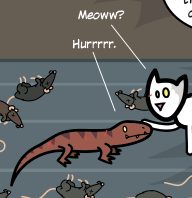 Belkar's Allosaurus, seized from the Empire of Blood's army toward the end of Book 5. 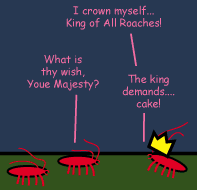 Right-Eye: The real problem is the structural damage they do.
Redcloak: Yeah, they really rip up the walls. Especially the fourth wall.
Demon-Roach: That joke is dedicated to all you fans out there!

A group of fiendish insects who follow the villains around, making sarcastic comments and pop culture references along the way. 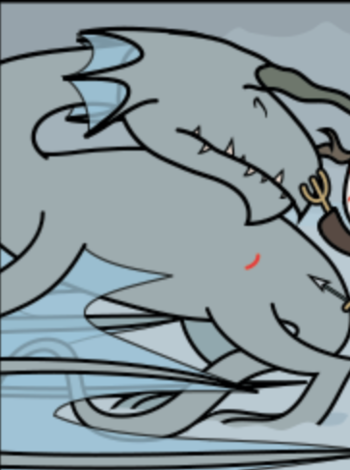 Oona's worg companion. He has a dour outlook on life and his position. 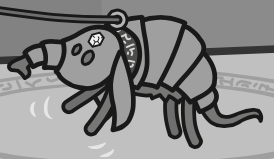 Animal companions of the Linear Guild

Leeky Windstaff's hawk animal companion, who he summons to stop Haley from taking potshots at him from a building. 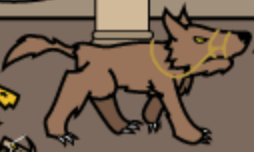 Animal companions of the Sapphire Guard

Miko's paladin warhorse mount and, as it is implied, her only friend in the world. 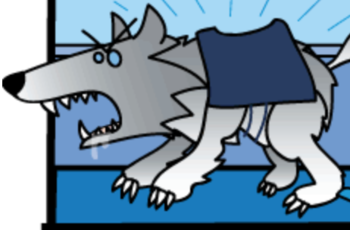 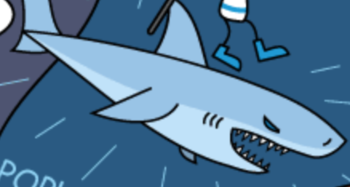 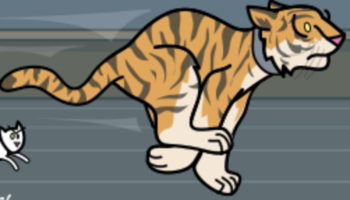