A character page for the Land of the Lustrous humanoid subspecies we follow for the first half of the series, the Lustrous/Gems.

For everyone else, refer to the Land of the Lustrous characters page. 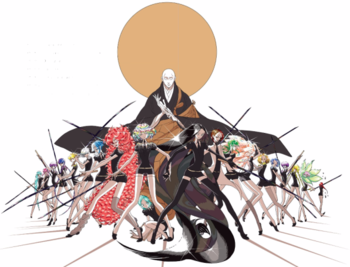 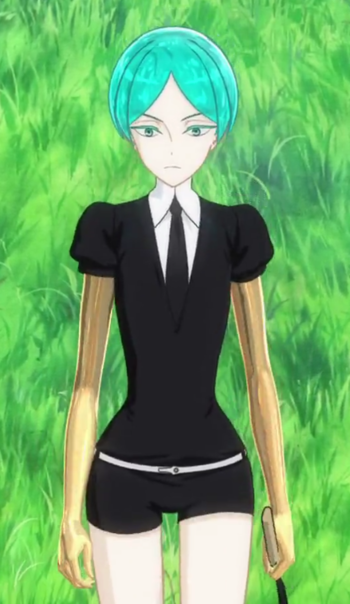 Click here to see Phos after the 102 year time skip. 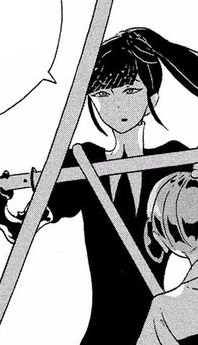 Click here to see Phos after coming back from the moon.

Click here to see Phos after being shattered and their Face Heel Turn. 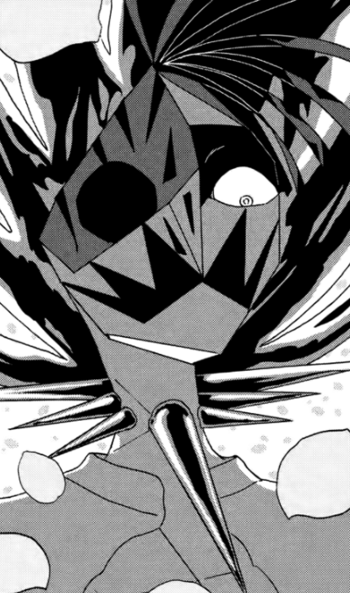 Click here to see Phos after becoming a human. 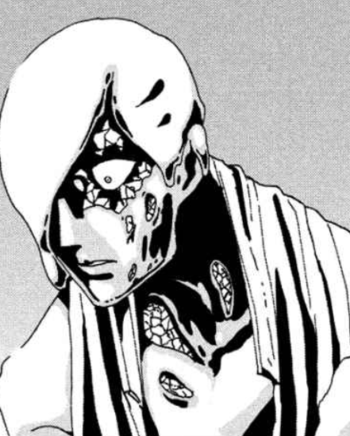 Click here to see Phos after the 10 000 year timeskip. 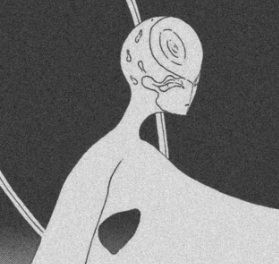 The protagonist. Starts the story as a vain and weak gem that brings trouble for everyone, until the moment they get the job of writing a Natural Encyclopedia. Phos' inclusions have the ability of maintaining themself and their consciousness no matter how many fragments they lose. 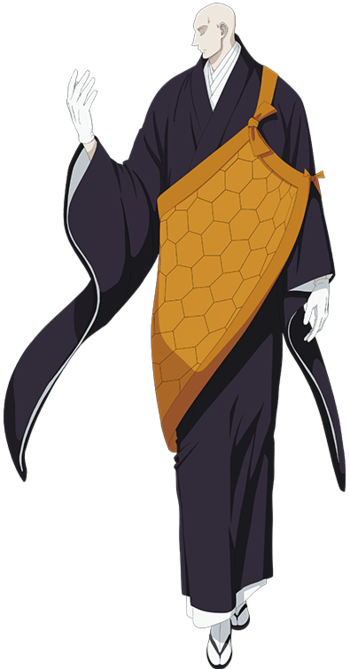 Kongou-sensei (金剛先生 Kongou-sensei, lit. Adamant Teacher) is the Mentor and Leader of the Lustrous. Very old and very mysterious.

A gem that constantly produces a poison (mercury) that damages and ruins its surroundings. Because of this they are set apart from other gems, a fact that saddens them greatly. They are in charge of the futile task of patrolling during the night. 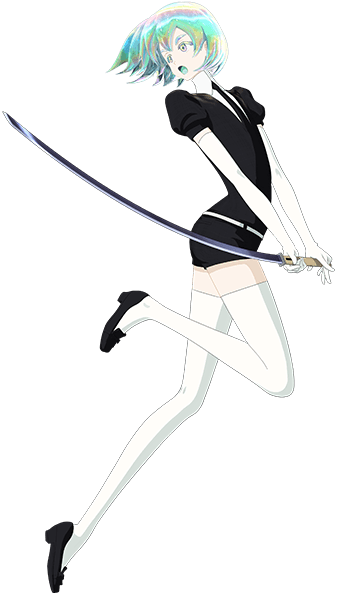 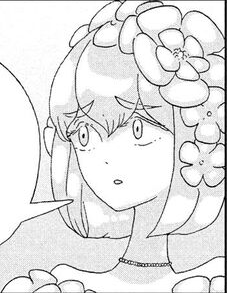 A model and idol for the Lustrous, and Bort's partner. Later partners up with Yellow Diamond. 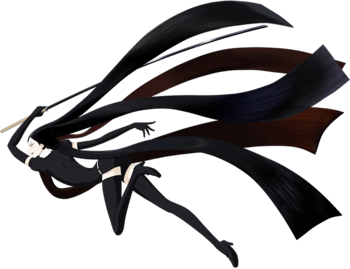 The strongest of all gems, not counting Kongou-Sensei. Partnered with Dia and later with Zircon; was also briefly Phos' partner during the time when Sensei was asleep. Possesses the ability to not let damage spread to the rest of their body, which makes Bort near impossible to shatter. 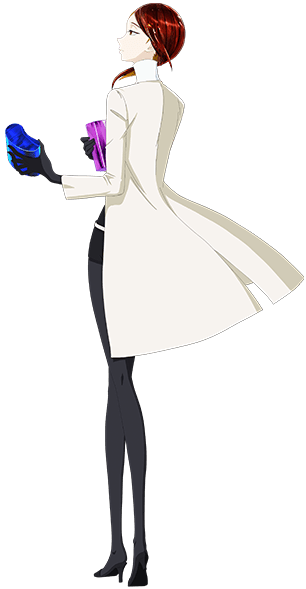 The gem in charge of fixing the other gems. Partner of the sleeping Padsparadscha. 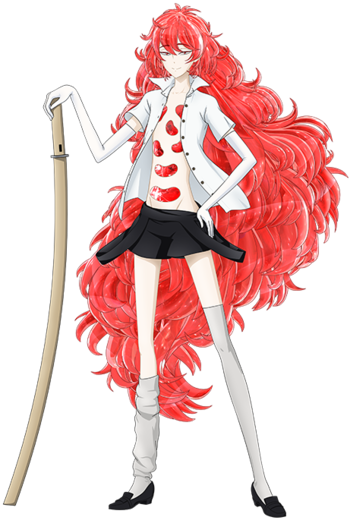 The Sleeper.
Click here to see Padparadscha after coming back from the moon. 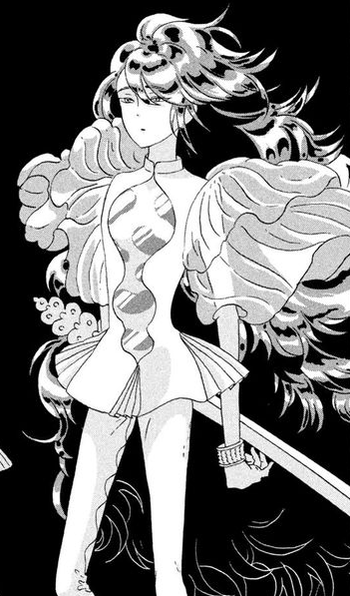 Rutile's partner. Was born incomplete, with holes all across their chest. Padparadscha thus spends most of the time sleeping, while Rutile tries to fix them. One of the oldest gems. 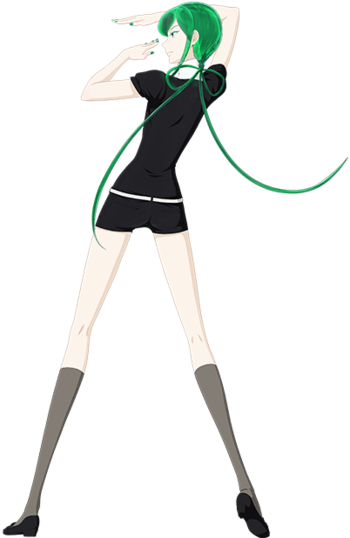 Prolocutor/Judge of the Lustrous. Sensei's main assistant and Euclase's partner. 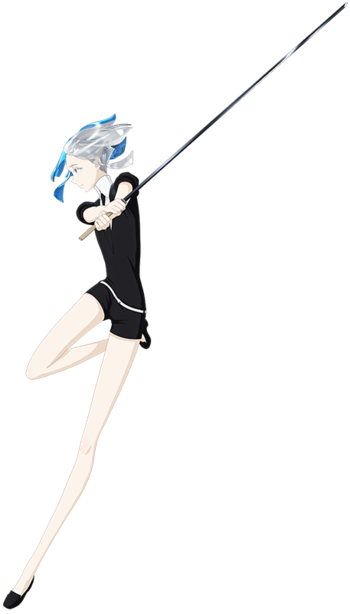 Secretary for the Lustrous, as well as Jade's partner. 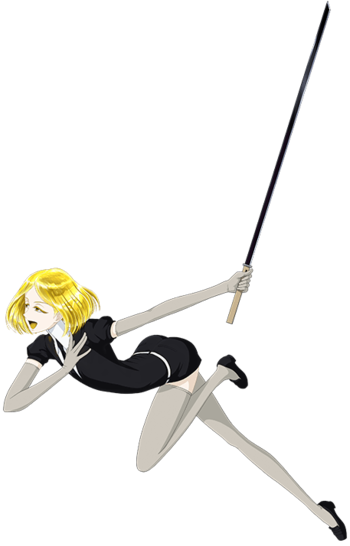 The oldest active gem, partner of Zircon and later Diamond. Very carefree; is also the fastest of all gems. 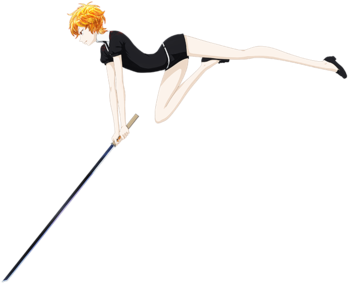 The second youngest gem after Phos, and a gem of great talent. First partners up with Yellow Diamond before going with Bort. 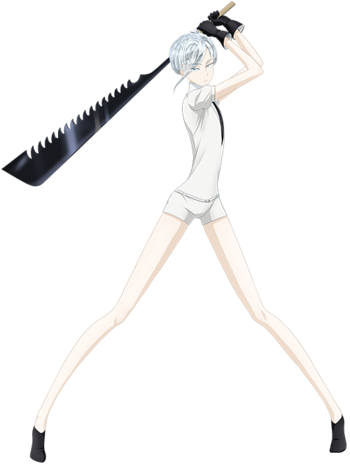 Phos' first partner. They are the Winter Guardian, in charge of protecting the gems during their hibernation. The colder it gets, the harder the Gem becomes. 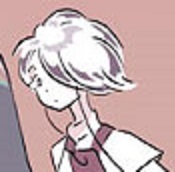 A gem in charge of the Library and the Hibernation Chambers. Briefly becomes Phos' second partner. Formed over another gem, and so has a Split Personality that sometimes influences them.

Jerk With A Heart (of Gold).
Click here to see Cairngorm as the Moon Princess

The gem that Ghost formed over. They are in charge of the Hibernation Chambers where the pieces of recovered gems are kept, the Library and later becomes the Winter Guardian in absence of Phos. They are also Phos' third partner. Later they become the Princess of the Moon as Aechmea's wife. 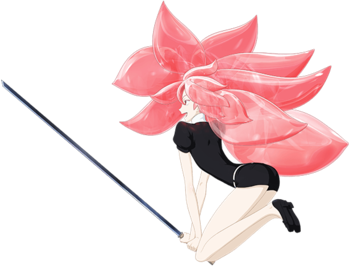 A daring gem that mocks Phos. They are the partner of Goshenite. 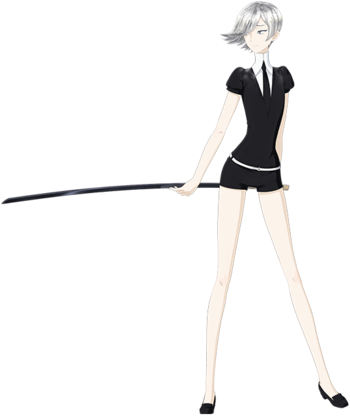 A gentle gem. Partner of Morganite.

A Gem that was born 87 years after Phos went unconscious. A curious and upbeat Gem.
Red Beryl 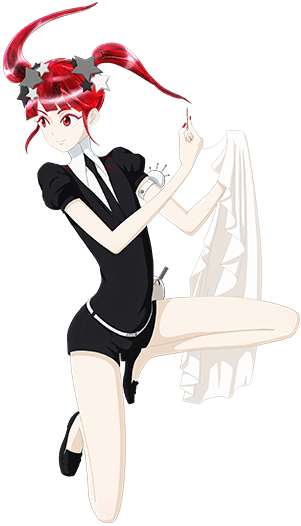 A gem in charge of the making of clothes for everyone. Very obsessed about fashion. 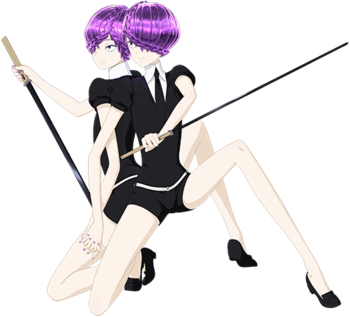 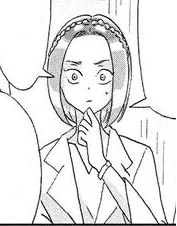 Two gems born of the same type, who pair together. No one knows which one is which. 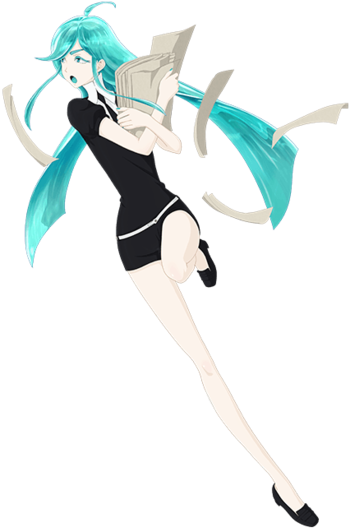 The gem in charge of collecting information about the Lunarians. Has a split personality in the form of a crazy berserker that kills any Lunarian on sight. 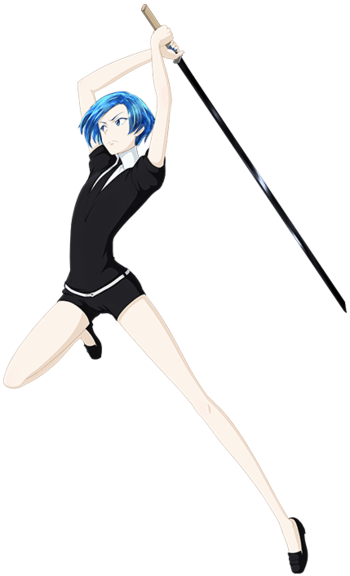 A gem whose room is next to Cinnabar's. Partner of Neptunite. 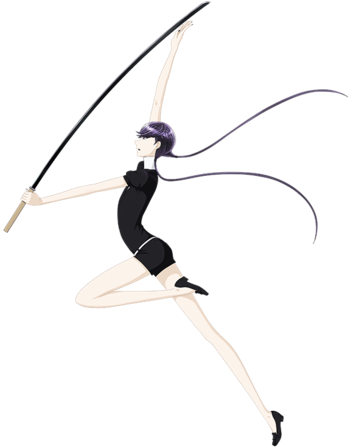 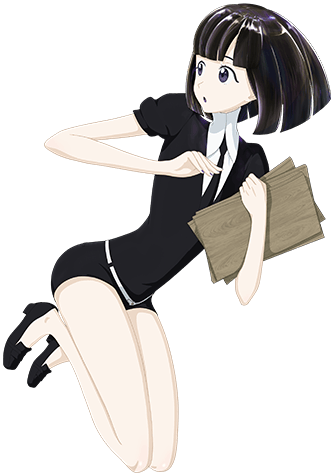 The gem in charge of designing and making the weapons everyone use in battle. 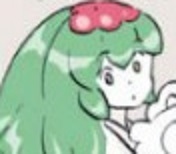 A gem with the ability to release lightning. Partner of Hemimorphite.

One of the youngest gems, partner of Tourmaline.

One of the oldest gems, partnered with Sphene. An intellectual in charge of making paper.

One of the oldest gems, partner of Peridot. Their job is to repair things. 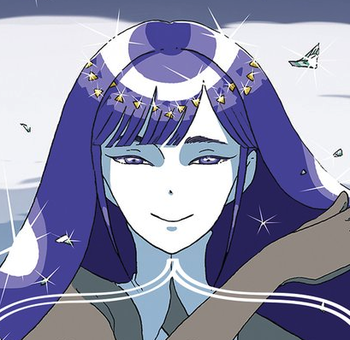 The former Head of the Library and Mentor for Ghost Quartz and Cairngorm, as well as the investigator on the Moon People. Currently captive on the Moon.

Red Diamond
The first Gem Sensei encounters and raises.
Others

Currently captive on the Moon.

Currently captive on the Moon.