Characters / Land of the Lustrous

Characters from Land of the Lustrous. Anime-only fans should beware of unmarked spoilers up to the current manga arc. 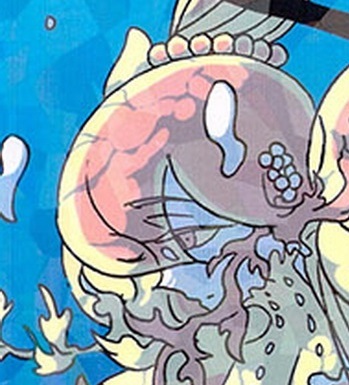 The King of the Admirabilis, who manages to strike a deal to free herself and her brother from the Moon People.

The younger brother of Ventricosus, and a warrior. Also captured and brainwashed by the Moon People. 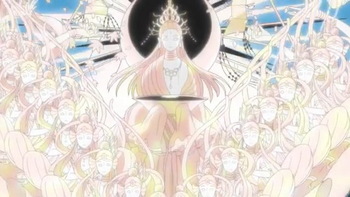 A species bent on capturing the gems. They come in two models, old models that disappear after being cut down and new models that try to capture gems using weapons crafted from their fragments after it. They are the main source of concern during the story. 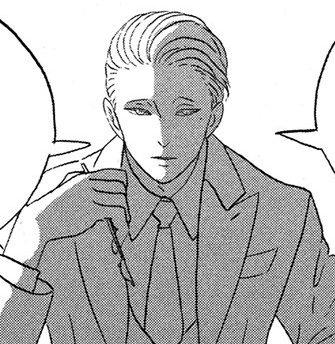 A person who is considered to be the Lunarians' leader. So far not much about him is known.

Barbata
A researcher that works with data on dusted gems.
The Moon Princess (spoiler)
See Cairngorm. 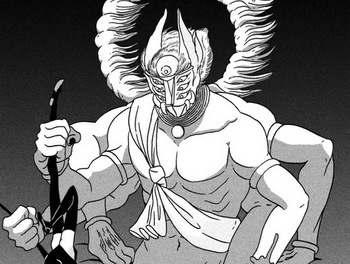 The first Double Sunspot to appear, a giant six armed creature that fights Bort, Phos, Diamond and Alexandrite. He was also Kongou-Sensei's pet. 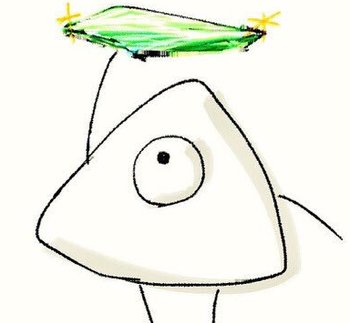 The second Double Sunspots to appear. They look like Shogi pieces. 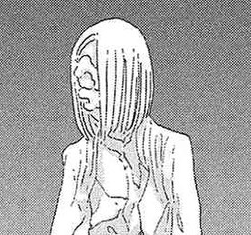 The first and only Triple Sunspot to appear yet, a silent doctor-like figure that unnerves everyone.

The First Machine
The machine made by humans before Kongou. Considered his "Brother" by the Lunarians.
The Ice Floes
Whispers heard under the ice during Winter, from human souls of dregs and sinners that inhabit the ice.