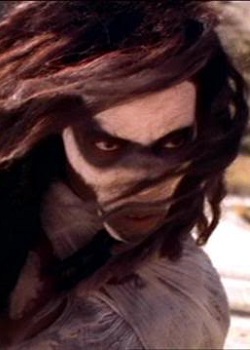 "No friends! Just the kill."
Played By: Sharon Ferguson
"I have no speech, no name. I live in the action of death. The blood cry, the penetrating wound. I am destruction, absolute, alone."

Sineya, the First of the Ones. The first girl to ever become a Vampire Slayer, she had the "honor" forced upon her by the Shadow Men. She was an outcast from her village, who feared her even more than the demons she fought. 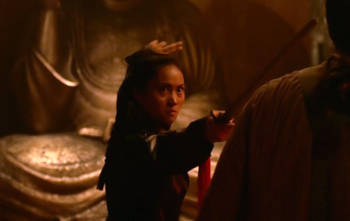 A Chinese Slayer active during the Boxer Rebellion in 1900. She is the first Slayer killed by Spike. 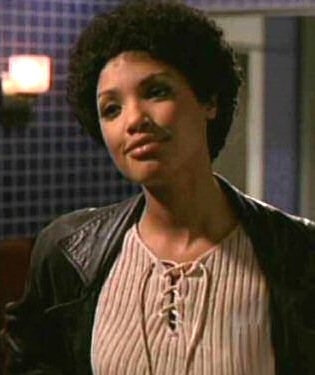 A Slayer in the 1970's, and the mother of Robin Wood. Appears several times in flashbacks, where Spike kills her, and as a disguise of The First. 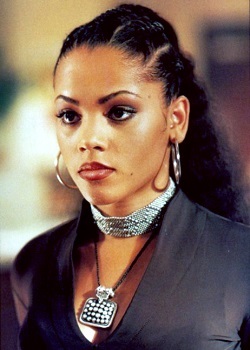 "You talk about slaying like it's a job. It's not. It's who you are."
Played By: Bianca Lawson
"In case the curse does not succeed, this is my lucky stake. I have killed many vampires with it. I call it Mr. Pointy."

A Slayer from Jamaica who was activated in 1997 by Buffy Summers' temporary death. Trained since birth to be the Slayer by her Watcher Sam Zabuto, Kendra was completely dedicated to her calling — which did not stop her from getting killed mere months after being chosen.

Not all of these Potential survived to become Slayers, but they are all grouped here by association.
Kennedy 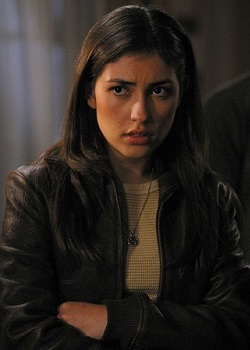 "I've always sort of gotten my way. So you're going to make it through this no matter how dark it gets. Because now, you're my way."
Played By: Iyari Limon

Potential Slayer, self-professed brat from a rich family, and love interest for Willow in Season 7. Also noteworthy as being part of the first lesbian sex scene on network television (with Willow). Willow breaks up with her at the end of Season 8, and in Season 9 Kennedy starts a company which employs Slayers as bodyguards. 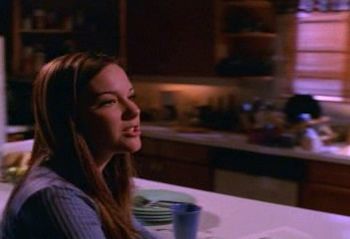 "You must learn to control your fear."

Appears In: "Bring on the Night"

One of the Potential Slayers who arrived in Sunnydale, and the first to die at the hands of the Turok-Han. 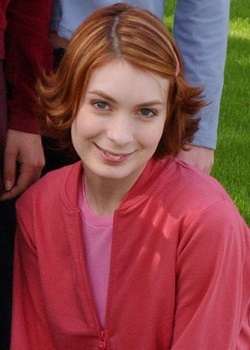 "My Watcher once showed me a photograph of [a vampire]. A blurry photograph."
Played By: Felicia Day

One of the potential Slayers who arrived in Sunnydale, Violet survived the final battle there and became a leading member in the Slayer organization, heading up the New York base. 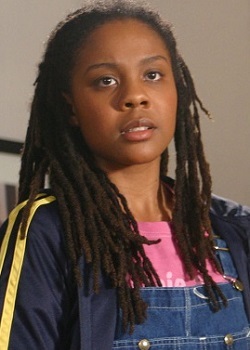 "You sayin' I'm gonna get attacked again?"
Played By: Indigo

Another of the potential Slayers who joined the growing army in Sunnydale, Rona was a reluctant Slayer, but became a squad leader in Chicago. She was more frustrated and resistant to the whole slayer-thing than many of the others. 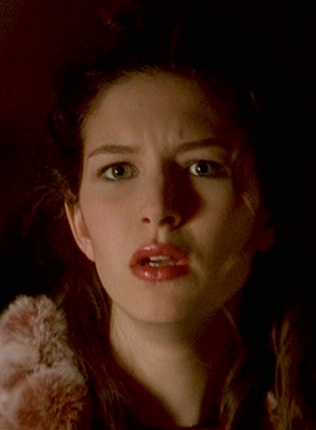 One of the three original Potentials that Giles brings to Sunnydale with him. She speaks with a cockney accent and is pretty excited at the idea of becoming a Slayer. However she's killed by Caleb just before the Final Battle. Her death is one of many reasons people start questioning Buffy's leadership. 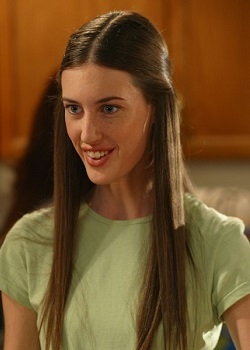 "If we don't save the world, then... nothing matters."
Played By: Sarah Hagan

A student at Sunnydale High with Dawn, Amanda was discovered to be a Potential Slayer and joined the growing army at Buffy's house. She was killed during the battle in the Hellmouth. 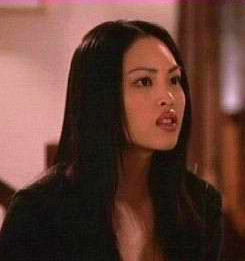 "I don't understand a word any of you are saying."
Played By: Kirsty Wu
Chloe 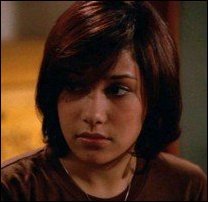 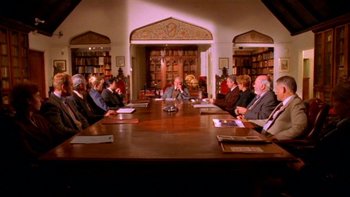 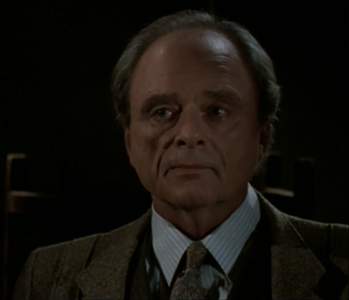 "The Council fights evil. The Slayer is the instrument with which we fight. The Council remains. The Slayers... change. It's been that way from the beginning."
Played By: Harris Yulin

A senior Watcher and later one of the last Directors of the Watcher's Council.

Played By: Geoffrey Kasule, Karara Muhoro, Daniel Wilson
Appear In: "Get It Done" 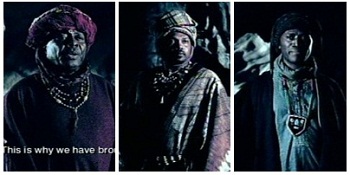 "We cannot give you knowledge. Only power."

A trio of African shamans who created the first Slayer to combat the forces of evil and were the precursors to the Watchers Council. 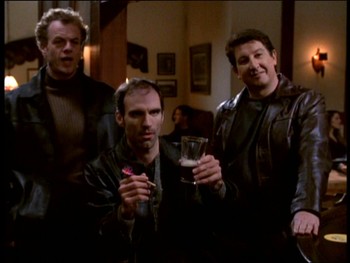 "We go on a job we always put our affairs in order first. In case of accident."
Played By: Jeff Ricketts, Alastair Duncan, Kevin Owers
Lydia 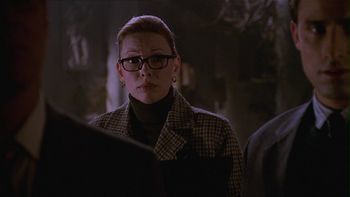 "I... wrote my thesis on you."
Played By: Cynthia Lamontagne

A high-ranking Watcher who usually accompanies Travers on high-profile missions. 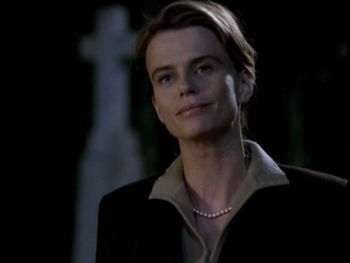 "Faith, word of advice: you're an idiot."
Played By: Serena Scott Thomas
Appears In: "Revelations"

A former Watcher supposedly sent by the Watchers Council to train Faith Lehane and also report on the performance of Rupert Giles. 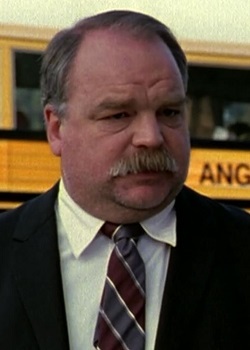 A member of the Watchers Council and the first Watcher of the Slayer Buffy Summers. Merrick died in 1996 shortly after meeting Buffy when he committed suicide to protect her from the vampire Lothos.