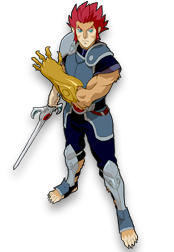 Lion-O is a prince, made Lord of the ThunderCats due to the murder of his father, Claudus. In contrast to the '80s series, Lion-O is introduced as a brash, idealistic teenager. 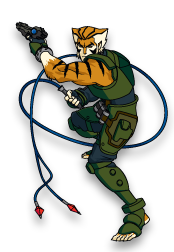 Tygra is the adoptive brother of Lion-O and has an active Sibling Rivalry against him, since he's often more skilled and resents his younger sibling's position as crown prince. He can be cocky and arrogant at times, and flirtatious as well. 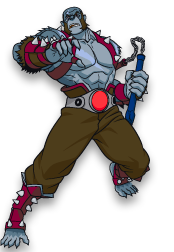 Panthro is one of Claudus' most loyal soldiers. He was sent with his friend Grune to find the Book of Omens. However, their attempted search resulted with Mumm-Ra's release from imprisonment. Though he questioned Lion-O's ability to lead, Panthro eventually accepted him as the new king. 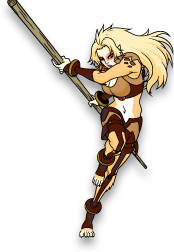 Cheetara is one of Jaga's Clerics. As a Cleric, she's gifted with Super Speed. She wields a staff in battle, but is also adept at fighting unarmed. 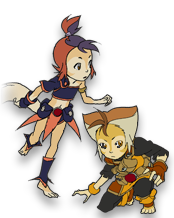 The Thunderkittens Wilykit and Wilykat start out as homeless pickpockets and beggars living in the slums. After the destruction of Thundera leaves them with nowhere else to go, they elect to tag along with Lion-O's party, for better or for worse. 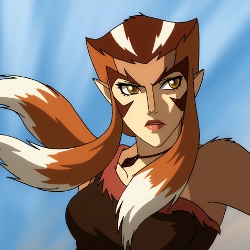 A refugee forced to fight as a gladiator in a city of dogs. She is initially very hostile towards Lion-O. but is slowly warming up to him. As a member of the team, Pumyra specializes in ranged combat with her wrist-mounted crossbow, and is quite agile. 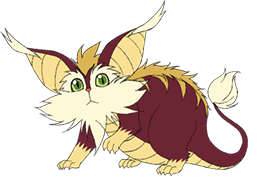 Snarf is Lion-O's loyal pet and, unlike his previous incarnation, does not speak. note Nor does he act like a neurotic 70 year old nanny. 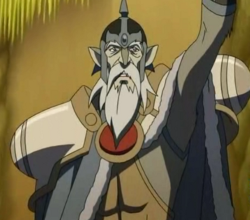 Head of Thundera's Cleric warriors before sacrificing himself to ensure Lion-O and his group escape. 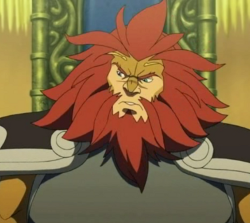 Lion-O's father and adoptive father to Tygra; he is murdered during The Siege of Thundera. 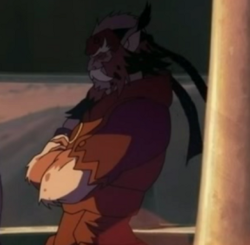 A general of Thundera's army. Despite being blind, Lynx-O stands guard at the watch tower and uses his heightened senses to detect any danger that approaches the kingdom.