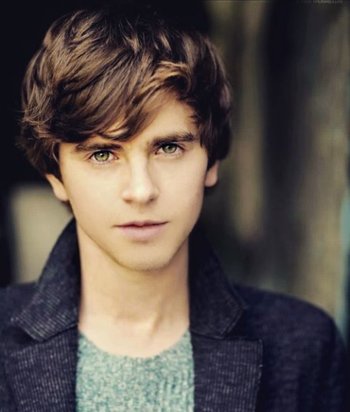 He began acting as a child, and immediately saw success — Johnny Depp recommended him to Tim Burton for his Star-Making Role as Charlie in Charlie and the Chocolate Factory — and continues to do so as an adult. Freddie has a knack for playing title characters, he also graduated from Cambridge with a double first, so he's a bit smart.

He also directed and wrote episodes of Bates Motel and The Good Doctor (which he also produces).