Our hero. Scott is a dull-witted, unemployed slacker and the bassist of a band called Sex Bob-omb. Despite his various faults, he is a generally decent person with a good heart. He falls in love with Ramona Flowers, but is forced to fight and defeat her Seven Evil Exes in order to be with her. Thankfully, he just so happens to be the best fighter in the province. 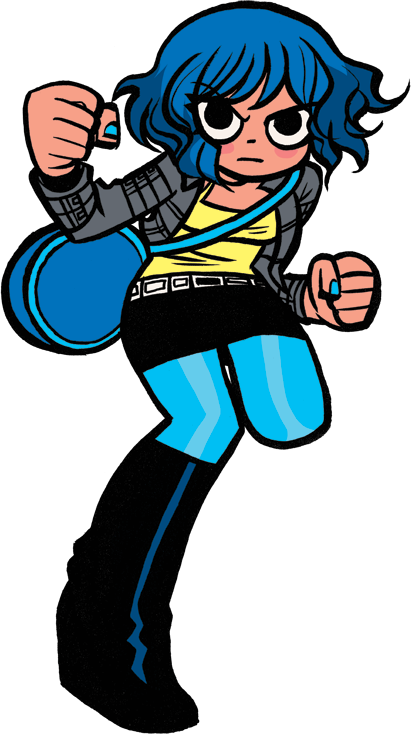 The heroine of the story. An American who recently moved to Canada. A series of chance encounters leads to Scott asking her out on a date. She has a mysterious past which is slowly uncovered over the course of the series. She entered and ended a total of seven relationships, and not only did they all turn evil, but they formed a league together and now control her love life by fighting and killing off any potential suitor she starts dating. 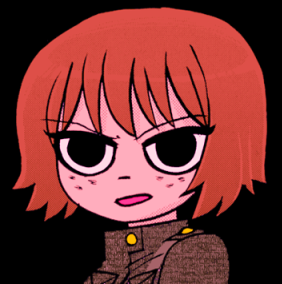 Drummer of Sex Bob-omb. An ex-girlfriend of Scott's, and his close friend since their high school days. She is usually the lone voice of reason in all the madness going on around her. Since said voice of reason usually gets ignored, it doesn't matter all that much.

Years before Scott Pilgrim was created, Bryan Lee O'Malley used the name "Kim Pine" for a very different (or at least much less defined) character in his short-lived comic strip "Style". 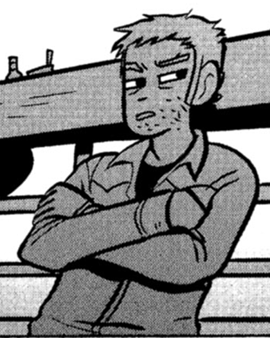 Lead vocalist/guitarist and "the talent" of Sex Bob-omb, and another close friend of Scott's going back to their college days, to where they were dormmates. He works as a cook at a stir-fry restaurant and is Julie Powers' on-again-off-again boyfriend. 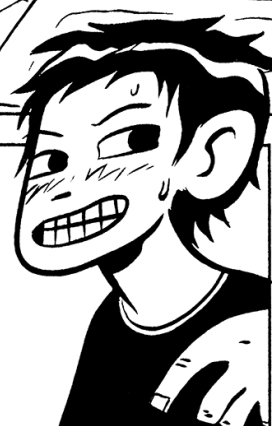 Scott's cool gay roommate. Very snarky and blunt, but usually has Scott's best interests at heart. He serves as Mission Control (or something close to it) for Scott's fight against the League of Evil Exes. Bryan Lee O'Malley claims that Wallace is based on a former real-life roommate of his. 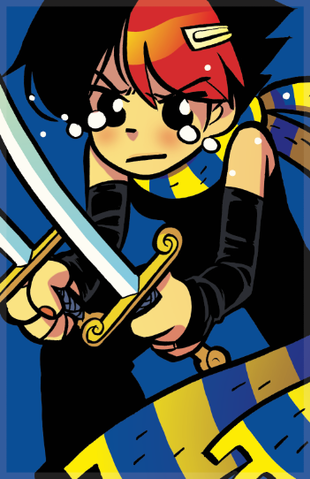 A 17-year-old-girl who Scott dated on a whim at the start of the series to ease his loneliness. She becomes obsessed with him and assimilates herself into his circle of friends. She ends up sticking around, even after Scott breaks up with her to date Ramona. Oh yeah, and she's a ninja and so is her father. 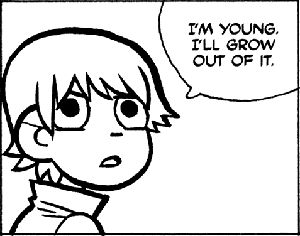 Stephen Stills' roommate and Sex Bob-omb's #1 (and only) fan/roadie. He's very quiet and is mostly an observer/commentator on the events of the story. After Scott dumps her, Knives briefly dates Neil because he looks similar to Scott, but they later break up. 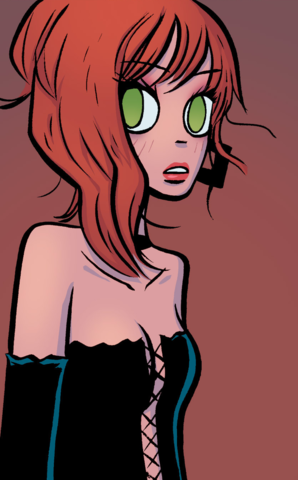 The famous lead singer of the rising band, The Clash at Demonhead. She is also Scott's old girlfriend from their college days. They were in a band together, they broke up, she joined a new band, she got famous, Scott didn't. She was dating her bassist, Todd Ingram, but that relationship ended after he was caught cheating on her.

The League of Evil Exes 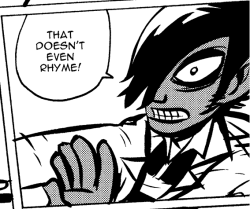 The first of Ramona's Evil Exes. He went to middle school with Ramona and was the only non-white, non-jock boy her age there. They teamed up and took over the school for a few weeks, and then she left him. He apparently never got over it. Also has mystical powers. 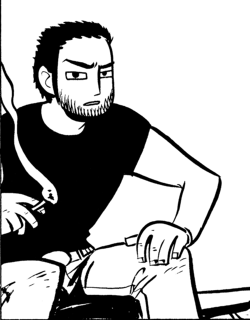 The second Evil Ex. A former pro skate-boarder turned actor. He's in Toronto in Volume 2 to shoot a movie, so he invites Scott down to the set just to kick his ass. Despite being out to kill Scott, he's actually quite a decent guy.

Third Evil Ex and and the bass player of the superband The Clash at Demonhead and was the boyfriend and basset of its lead singer Envy Adams. He possesses psychic powers because of his devotion to veganism, but he's not particularly faithful to being a vegan... or to Envy for that matter. 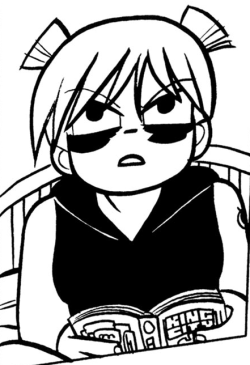 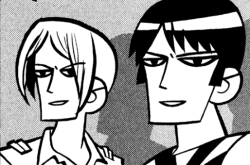 Fifth and Sixth Evil Exes. A pair of Japanese twin DJs Ramona dated behind each other's backs. After she dumped them, they banded together to get back at her. They send their home-made robots out to battle Scott throughout Vol 5 before finally fighting him together. 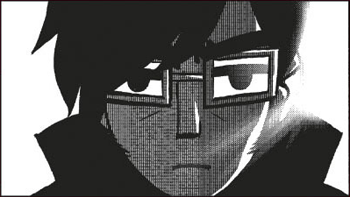 Seventh and final Evil Ex and leader of the League of Evil Exes. Gideon is a 31-year-old entertainment mogul from New York and Ramona was once both his girlfriend and his muse. He is a total asshole. 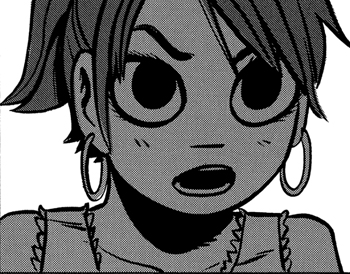 Julie Powers
The Original and the Best
WARNING: Huge Bitch!

Stephen's on/off girlfriend and a quasi-main character. Known for her abrasive personality and razor-sharp criticisms of others. 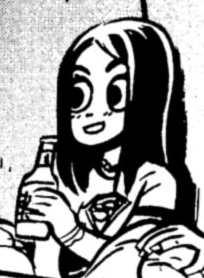 Scott's younger, more mature sister. Rated "T" for Teen. She serves as Scott's moral support when Wallace is nowhere to be found. Works at the Second Cup coffee house and becomes good friends with Ramona. She is based on and shares the same first name as Bryan Lee O'Malley's real-life sister. 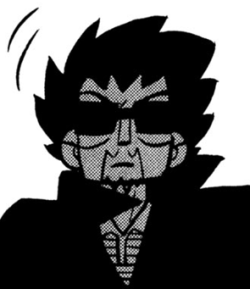 Mr. Chau
Age: Adult
Even more dedicated than his daughter

Knives' father. Doesn't take kindly to hearing his daughter was dating a white guy. Serves as a mini-boss/double-blind Stealth Mentor to Scott in Vol 4. 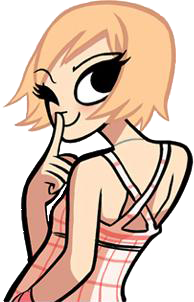 Scott's first friend from high school, she was once part of his group of friends alongside Kim, even forming a band together. They lost contact with he moved away, but they reconnect when she shows up in Vol 4. Years before Scott Pilgrim was created, Bryan Lee O'Malley used the name "Lisa Miller" for a different (or at least much less defined) character in his short-lived comic strip "Style". 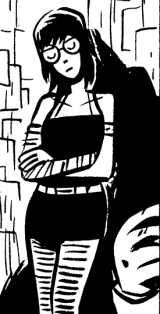 The drummer of The Clash at Demonhead. She largely remains silent and expressionless and lets Envy and Todd do all the talking. She has a bionic arm and is capable of teleportation. 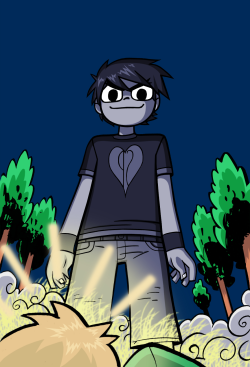 Scott's dark side, who makes his first appearance in Vol. 4 just before Scott's battle with Roxanne Richter. He makes a second appearance after Ramona goes missing in action, and finally confronts Scott in one of his darker moments in Vol. 6.

One of Kim's roommates when she moves into a new apartment. Quiet and not much of a talker, but is pretty insulting and abrasive when he does talk. Stephen notices he has a home music studio and coaxes Joseph into letting Sex Bob-omb use it to make a album.

Michael Comeau
The Mutual Friend
Knows everybody; including you!

A mutual friend of everyone (even you). He usually turns up once every other book, sometimes just in the background. Based on and named after an artist friend of the author's.

Tamara Chen
Knives's best friend, and when you get right down to it her only friend. Usually turns up whenever Knives has to angst about her love for Scott.