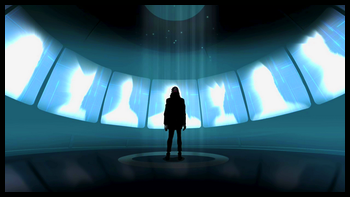 "The Light", a mysterious council of DC bad guys who seem to be behind almost every major crime the Team encounters in the animated series Young Justice. Their alliances even extend off-planet - Desaad has supplied them with the technology of the New Gods, and they add the Kroloteans' "Competitor", the Reach, to their contacts in season two. The last scene of season two shows that they also know Darkseid. While they control a large number of minor baddies from DC lore who do their bidding and dirty work, the group itself is a mere seven members.

The credits referred to the original seven members as L1 - L7 before their faces were shown, but these are not official in-universe designations they use among themselves. 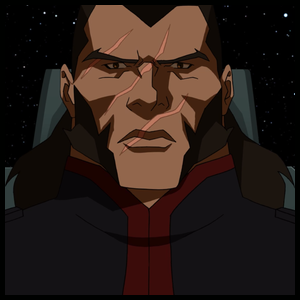 "50,000 years of life, and nothing ever troubled me as much as the founding of the Justice League."

An immortal supervillain who founded the Light and acts as the group's prima inter pares. 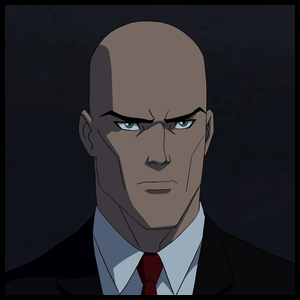 "Oh, I wasn't talking about the weaponry. I myself never go armed. No, the greatest arsenal any man can bring to the party consists of the resources of his own mind. His intelligence, his stratagems, his force of will."

CEO of LexCorp, Luthor presents a benevolent public face while using his wealth, intellect, and resources to serve the Light's agenda. 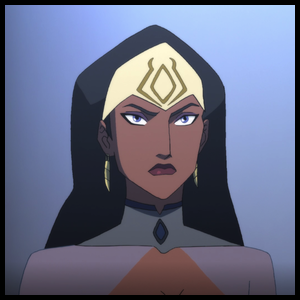 The ruler of Bialya with the power to manipulate pheromones to control people based on their attraction to women. 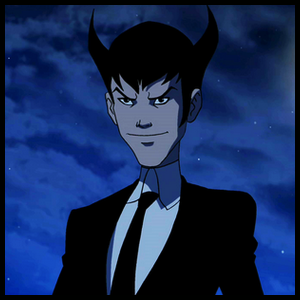 "Order went out of style in the 20th century!"

Species: Unspecified humanoid, though he refers to himself as a Chaos Lord

A powerful, but immature Lord of Chaos who handles the Light's needs in the field of sorcery. 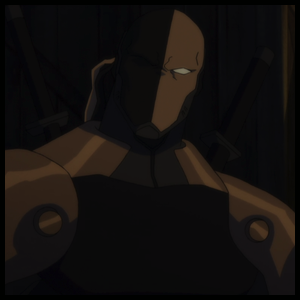 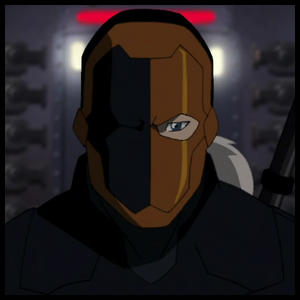 Sportsmaster's replacement, hired in anticipation of Sportsmaster's betrayal. Come Season 3, he has take Ra's al Ghul's place as the leader of the League of Shadows and with it, his position in The Light. 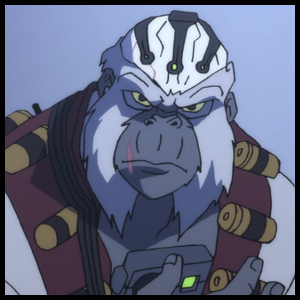 Species: Gorilla (with a human brain) 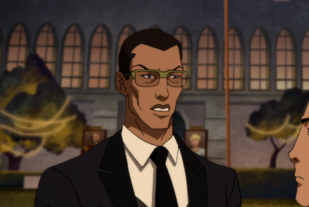 The ambassador of Markovia, who replaces Granny Goodness on the Light at the end of Season Three. 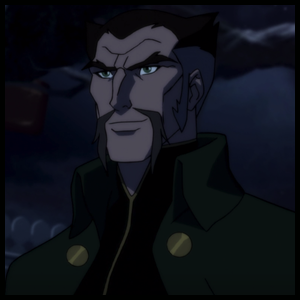 "Thus, another corner of the world, sees the Light."

The centuries old founder and master of the League of Shadows. 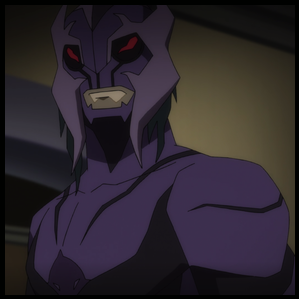 Ocean-Master is the secret identity of Prince Orm, the younger brother of Aquaman. He was the leader of the Atlantean purists and a former member of the Light. 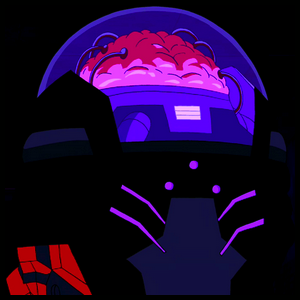 "Sil vous plait, Capitaine, do not struggle- brain extraction is largely painless. Ze benefits are EN-NOR-MOUS. Just look at what it has done for me."

A brilliant French scientist who implanted his brain in a cybernetic shell. 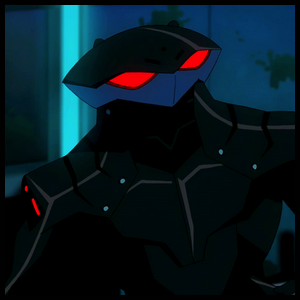 "It is not in success where true character is revealed, but in failure."
Click here to see him unmasked 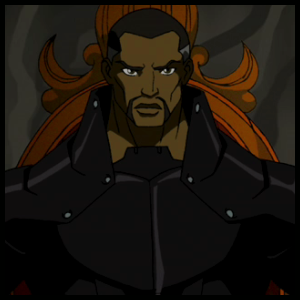 Aquaman's Arch-Enemy and Aqualad's biological father. Manta joins the Light in Season 2 to replace the disgraced Ocean-Master. In Outsiders, he returns as part of the Suicide Squad. 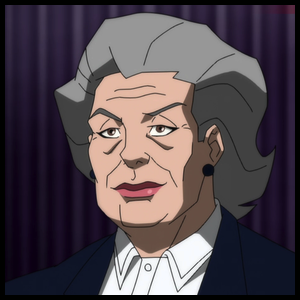 The founder of GoodeWorld, creator of the Goode VR Goggles, Gretchen appears to be a kindly old woman, but is in fact a member of the Light. Presumably Darkseid's agent on the Light's council.