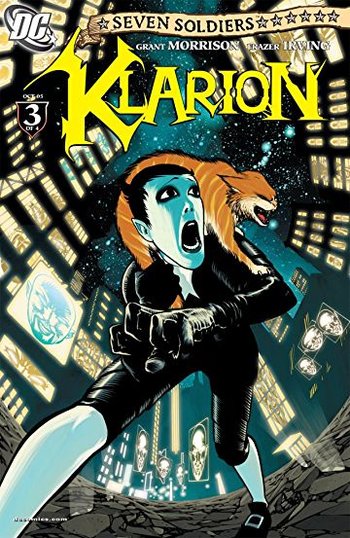 Klarion the Witch Boy is a DC Comics character created by Jack Kirby for The Demon. Originally an antagonist for Etrigan, he later became a generic nuisance villain in the vein of Mr. Mxyzptlk or Bat-Mite before playing a major role in DC's Sins Of Youth miniseries. Later, he was reimagined as an antihero in Grant Morrison's Seven Soldiers maxi-series.

Many years later, he was re-imagined again, appearing in the New 52 version of Teen Titans before receiving his own series, simply titled Klarion.

Klarion has also appeared in animation, usually as an outright antagonist.

Not to be confused with Russell Moon's Witch Boy trilogy and The Witch Boy by Molly Ostertag. 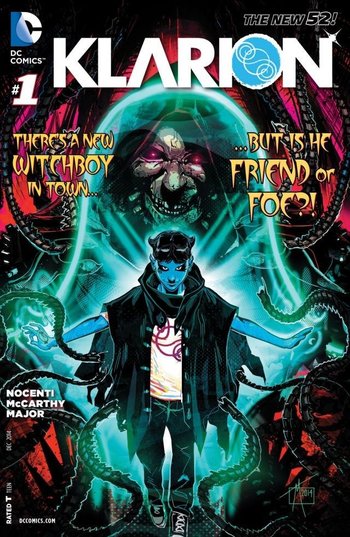