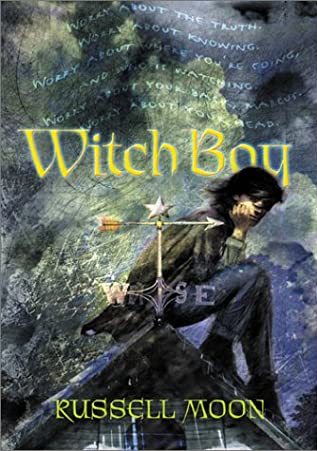 The Witch Boy trilogy is a young adult series by Russell Moon following seventeen-year-old Marcus, who has just discovered that he has magical abilities— which may or may not have killed his girlfriend. Together with his uninformed mother and his dog Chuck, Marcus has to adapt to his new powers and his new town quickly. Things take a turn for the worse when the local "Coven" take an unwanted interest in him and his absent father. . .
Advertisement:

The three books in the trilogy are:

Not to be confused with DC Comics's Klarion the Witch Boy and The Witch Boy by Molly Ostertag.