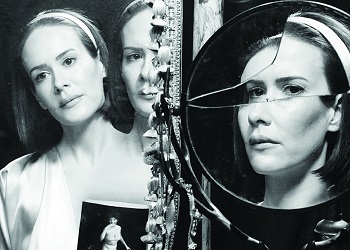 "There was nothing we could not work through when we put our heads together."
Played By: Sarah Paulson
Bette: For the first time in my life, I dare to imagine myself surrounded by beauty.
Dot: Dear Diary, my soul plumbs new depths of despair.

Conjoined sisters who are recruited by Elsa to join the freak show. They have dicephalic parapagus: their conjoined body consists of a single torso with one pair of arms, one pair of legs, but two distinct heads and necks. Bette is on the left side and Dot is on the right (from their own perspective). Bette, the more innocent and friendly of the two, loves Hollywood glamour and movies and perceives their new life to be like show business, whereas Dot, the more cynical twin, distrusts everyone and remembers their old, sheltered life as one of safety. 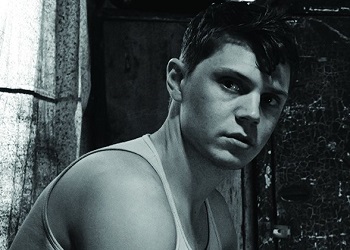 The son of Ethel and Dell. Born with severe syndactyly, he performs as the "Lobster Boy" in the freak show. He dreams of being able to leave the freak show and living a normal life. 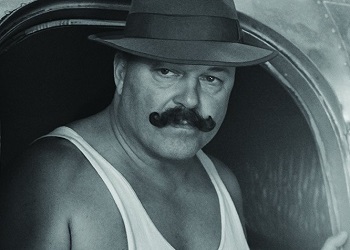 "The pain don't define me. But I still feel it."
Played By: Michael Chiklis (old) & Edward Gelhaus (younger)
"Dell Toledo the Stupendous Strong Man! You probably heard of me."

Father of Jimmy, ex-husband of Ethel, husband of Desiree and the strongman of the freak show, he and Desiree come to Elsa desperate for work after all the other traveling shows have closed. Dell is also on the run from the law due a series of disastrous events he had a hand in initiating. 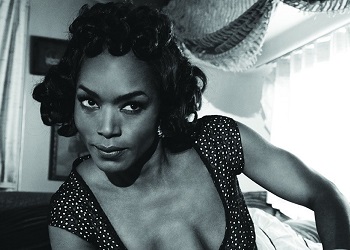 "Three titties, proper girl parts and a ding-a-ling. I'm a full blown hermaphrodite. Put that on your banner."
Played By: Angela Bassett

A woman mistaken for an intersexed person since birth. She also has a third breast. She is married to Dell and struggles for work after other traveling shows closed down. 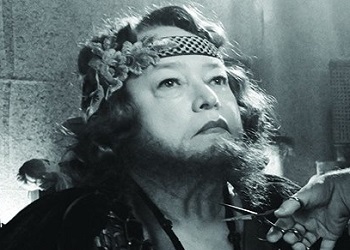 "Ain't nobody gonna take care of our people but us."
Played By: Old: Kathy Bates Young: Kathy Deitch
Dot Tattler: Perhaps worst of all is a bearded lady named Ethel, who serves as Elsa's henchwoman, the sasquatch champion of law and order in this hellish sty. You heard me right, Diary. A lady with a beard.

The freak show's bearded lady, the mother of Jimmy, and the ex-wife of Dell. In the 20s and 30s, she was a star in the circus and the vaudeville circuit before she had Jimmy. She then battled alcohol addiction and was rescued from a drunk tank by Elsa. She now serves as Elsa's second-in-command. 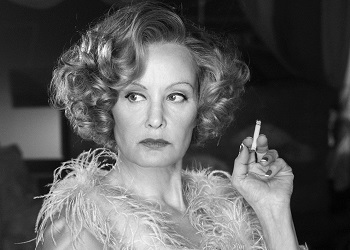 "Everyone is living the life they chose."
Played By: Jessica Lange
"I have survived because I know one must be willing to destroy anyone, anything, even the things you love, to keep the gods in check."

A "German expatriate" who manages one of the last remaining freak shows in Jupiter, Florida in 1952. For 20 years, she has rescued "freak" circus performers who were going to be shipped away to asylums by signing waivers and becoming their legal guardian. Prior to coming to America after World War II, she was a cabaret performer and chanteuse in Germany. 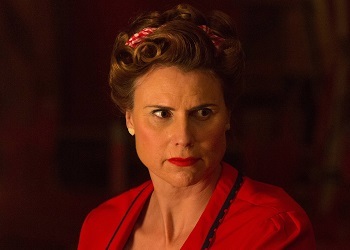 A performer in the freak show. She is abnormally large. She is seen as the piano player of the show and is also instrumental with protecting the troupe along with Jimmy and Paul. 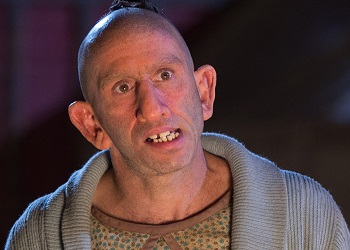 One of two "pinheads," a person with microcephaly. Usually seen alongside his partner Pepper. 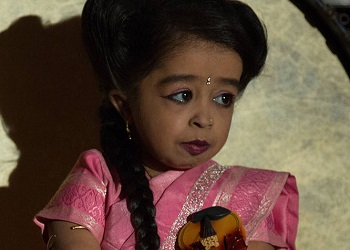 A performer in the freak show. She was born with achondroplasia which results in an extremely short stature. 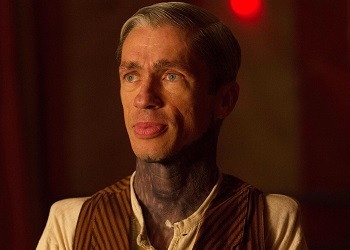 "The world hated me. But no more than I hated myself."
Played By: Mat Fraser
"My whole life is shame. My only escape was in the dark. I could lose myself in it. There I was transported."

A performer in the freak show, who was born with phocomelia of both arms.

A performer in the freak show. As her name suggests, she has no legs, because they were amputated two years after her birth to stop a spinal disease from spreading. 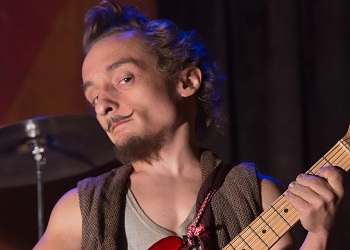 A performer in the freak show. Toulouse is an ex-convict that was saved from working on a chain gang when Elsa bribed a guard for his release. He has since served as one of several "little people" employed with the troupe. Like most of his fellows, he plays many roles; from cook to stagehand to performer. 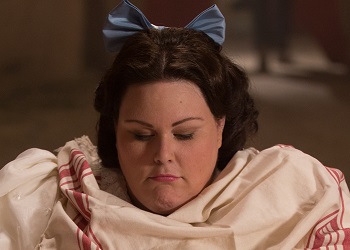 A morbidly obese debutante shunned in polite society because of her weight. Elsa recruits her to the freak show as a new performer.

A performer in the freak show. He was born with pituitary dwarfism. 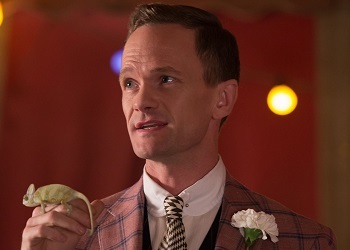 A roving magician/ventriloquist. Veteran of WW2, Chester has a plate in his head and worryingly domineering relationship with his dummy, Marjorie. 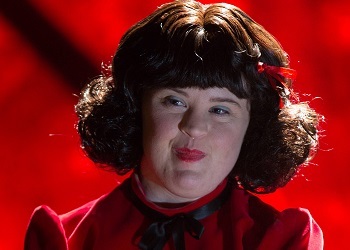 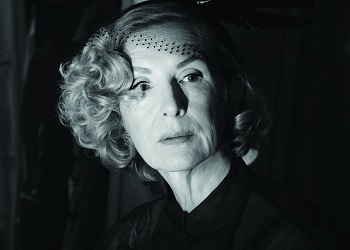 "My son has no friends."
Played By: Frances Conroy
"I loved all of you, Dandy. Even the madness."

A wealthy society woman from Palm Beach, and Dandy's mother. Having spoiled her son rotten, she must now deal with his obsession with Bette and Dot. 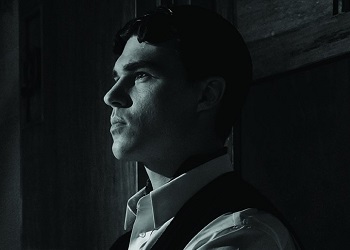 "My purpose is to bring death."
Played By: Finn Wittrock (adult), Krinon Kruithof (12 year old), Julian Kruithof (8 year old)
"I am perfection. I am greatness. I am the future, and the future starts tonight."

The spoiled and emotionally stunted son of Gloria, who aspires to join the freak show, as he feels like he identifies with them. 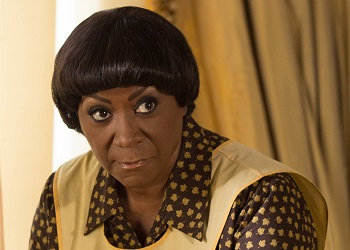 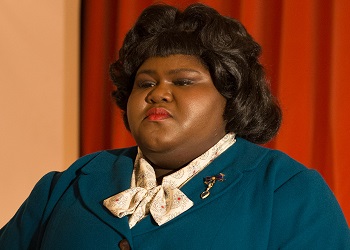 A wealthy socialite and art school grad from New York who returns home to Jupiter when her mother Dora goes MIA.

The curator of the Museum of Morbid Curiosities, she collects and buys strange artifacts for her museum. She catches Stanley and Maggie's fraudulence but says if she is offered something of real worth from a freak show she will pay big money. 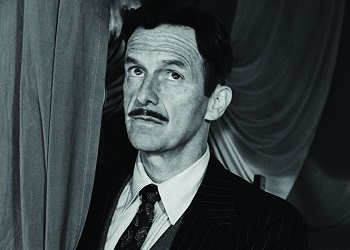 "Nobody cares what happens to a freak."
Played By: Denis O'Hare
"Fraulein Elsa's Cabinet of Curiosities is about to have a terrible run of bad luck."

A con-artist who is working with Maggie to gain access to the Freak Show. He often works under false names and wears disguises. He'll do anything for a quick buck, even if it means murder. 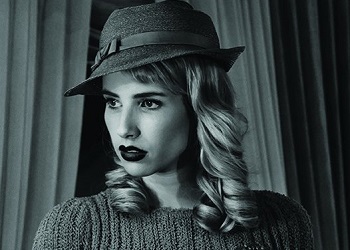 "That's the problem. I know every guy's intentions."
Played By: Emma Roberts

A con artist, posing as a Fortune Teller with a crystal ball, working with Stanley.

A local detective who targets the Freak Show and the Tattlers as suspects in both the murder of Eudora Tattler and Twisty's killings. 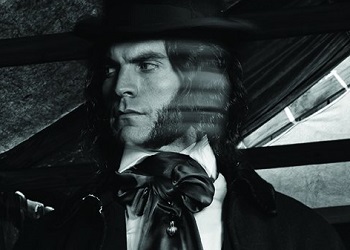 "It is not in my heart to make you or anyone else a victim, my good woman. But the visage is unrelenting. I am its slave."
Played By: Wes Bentley

A dark tormentor and legend among the freaks. He has two faces: a normal one and one on the back of his head that whispers evil things to the other face. His second face can tell when people lie and knows peoples' darkest secrets. His attempts to kill his second face drove him mad and his family committed him to an Asylum, only for him to escape. Edward does not enjoy the evil acts he performs but feels helpless to resist the whims of his other face. While his normal face is remorseful and polite the other face is depraved and enjoys the suffering of others. 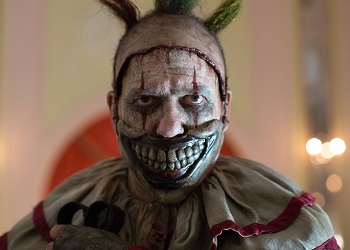 The "Clown Killer", a murderous washed up clown who puts the freak show in his cross-hairs when it comes to town.

A young girl who is kidnapped by Twisty, after he murders her boyfriend Troy.

A young boy who is kidnapped by Twisty, after he murders his parents. 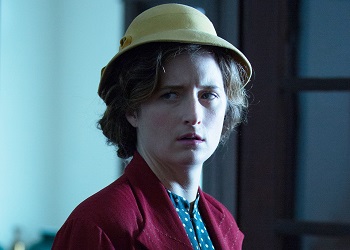 A candy striper at the local hospital. 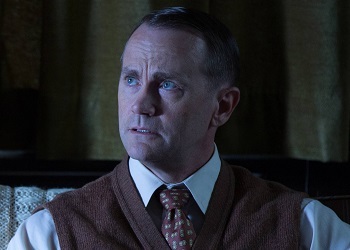 A hustler working in a gay bar, one of his many clients is Dell who he has been having an affair with.

An artisan prosthetist in wartime and a cinematic prop-maker thereafter who helped Elsa following her near death incident.

A boy who bullies his little sister and was kidnapped by Twisty.
Larry

The owner of the land the freak show is at.
Sylvia

A woman who was at the Tupperware party.
Myrna

A lady who was at the Tupperware party.
Joanne

A lady who was at the Tupperware party.
Elaine

A lady who was at the Tupperware party.
Mr. Hanley

Played by: Lara Grice
An Avon lady who Dandy kills.