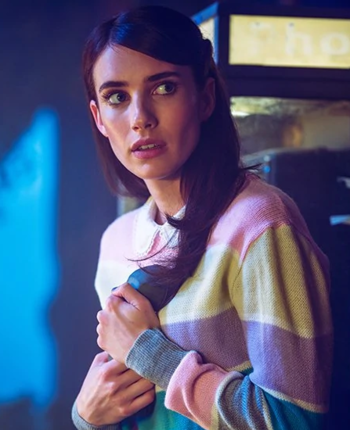 "A day in the sun doesn't erase five years of darkness."
A girl who was part of the aerobics class and became a counselor at Camp Redwood after being attacked by the Night Stalker.
Advertisement:
Xavier Plympton 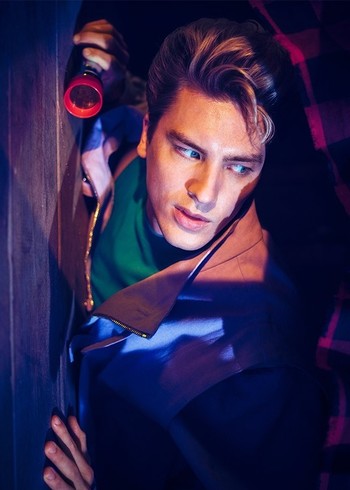 "We're all gonna die."
A guy who was part of the aerobics class and became a counselor at Camp Redwood.
Montana Duke 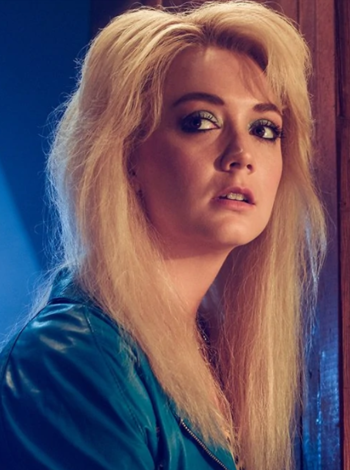 "The 80's will never die."
An aerobics instructor who became a counselor at Camp Redwood.
Ray Powell 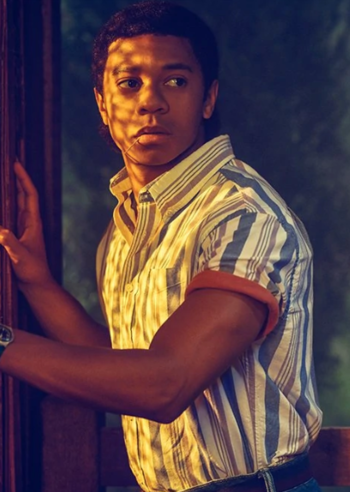 "It's Darwin, man. Survival of the fittest."
A guy who was part of the aerobics class and became a counselor at Camp Redwood.
Chet Clancy 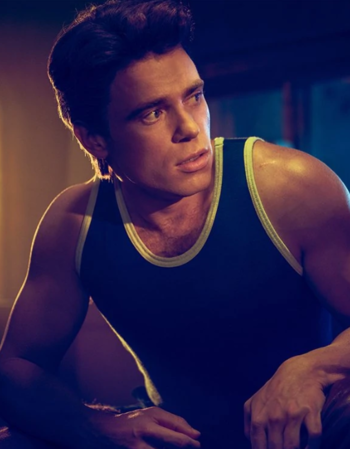 "This sucks. Best athletes in the world in one place and I'm missing it."
An Olympic athlete who became a counselor at Camp Redwood.
Helen 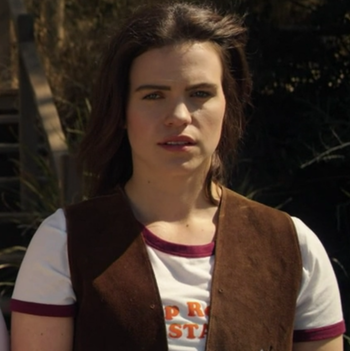 "If it feels good, go with it."
A counselor of Camp Redwood in 1970.
Advertisement:
Midge 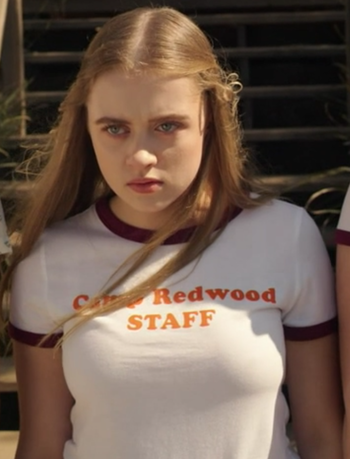 "But we're supposed to be the responsible ones here."
A counselor of Camp Redwood in 1970.
Eddie 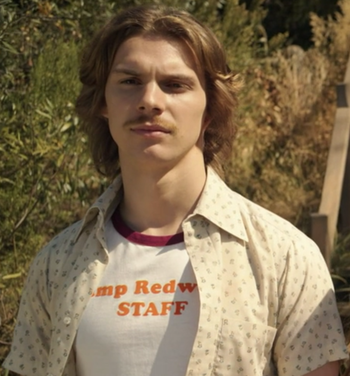 "So, in the spirit of responsibility: lambskins."
A counselor of Camp Redwood in 1970. 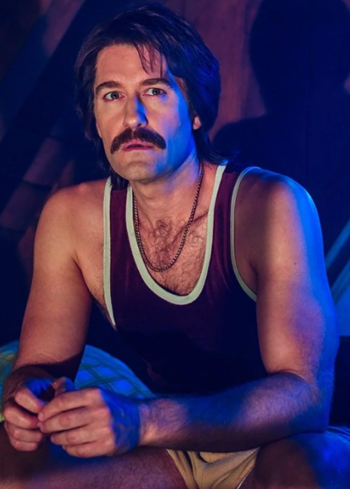 "His knife versus my guns." 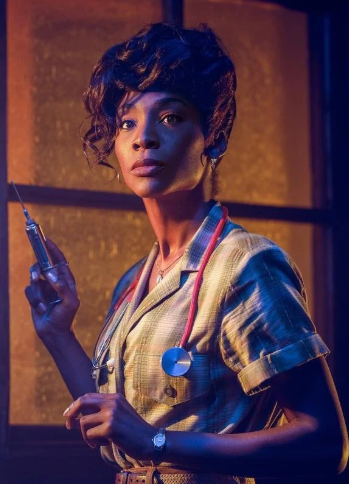 "Sometimes sacrifices need to be made in the name of science."
The nurse at Camp Redwood.
Advertisement:
Margaret Booth 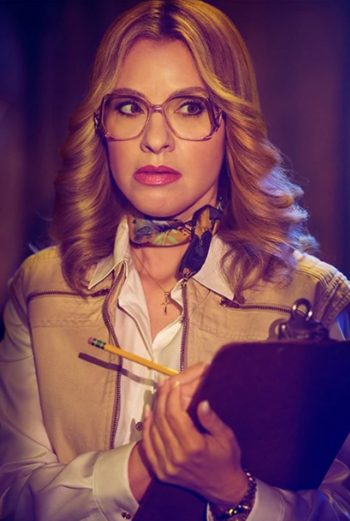 "I win! I am the Final Girl!"
The camp director at Camp Redwood.
Chef Bertie 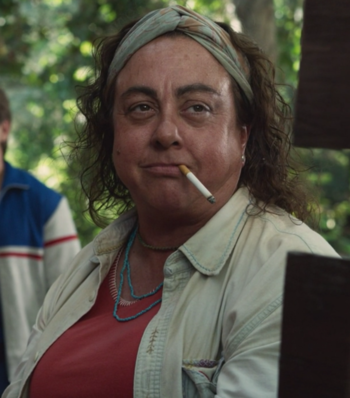 "Nothing cures acute homesickness like a bologna sandwich."
The chef at Camp Redwood.
Jonas Shevoore 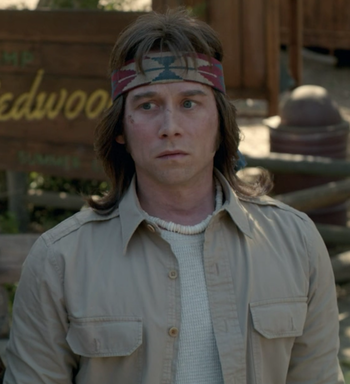 "You have to leave. Something terrible is going to happen."
A mysterious young man suffering from amnesia; in actuality, a long-deceased counselor killed during the Camp Redwood massacre. 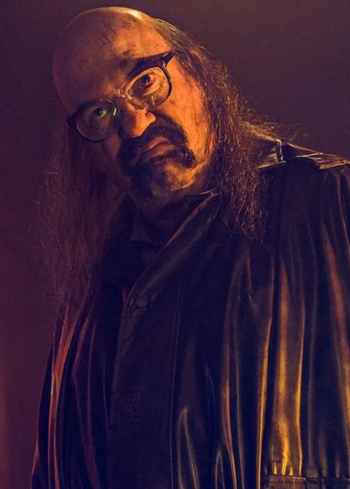 "You were right. I am a monster."
A serial killer.
The Night Stalker 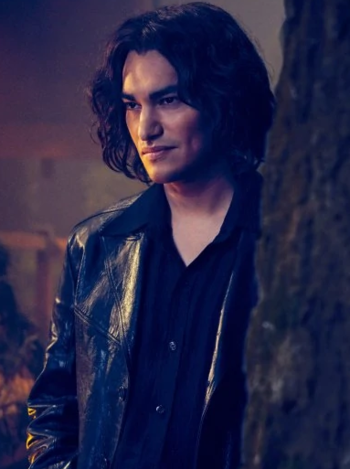 "Swear to Satan you won't scream or I'll kill you."
An infamous Satanist serial killer that terrorized the residents of the greater Los Angeles area, and later the residents of San Francisco from June 1984 until August 1985.

For his role in Hotel, see Serial Killers. 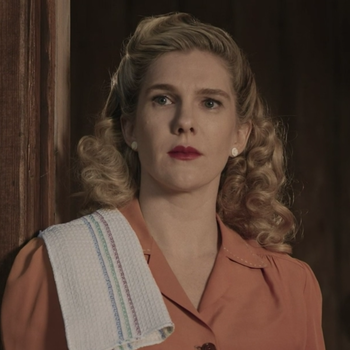 "The wrong son died that day, it should have been you!"

Benjamin Richter's mother, who worked at Camp Goldenstar (the original name for Camp Redwood). A widow with two sons who snapped at the accidental death of her younger son, Bobby, she retaliated by slaughtering several members of camp staff, before being killed in self-defense by Benjamin when she tried going after him as well. 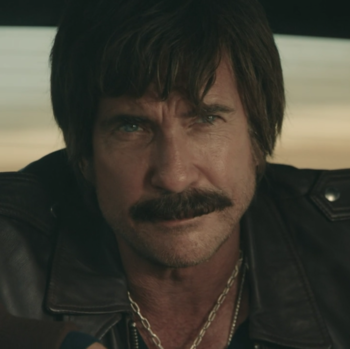 "The true evil is out there."
A serial killer.
SPOILER CHARACTER 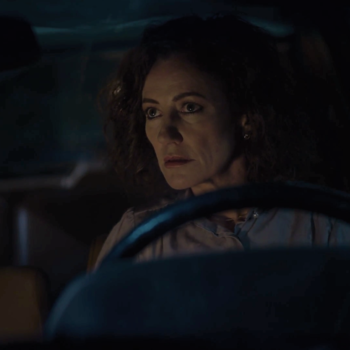 "You may not know what you are... but I do."
Chief of Psychology at Red Meadows Asylum.
SPOILER CHARACTER 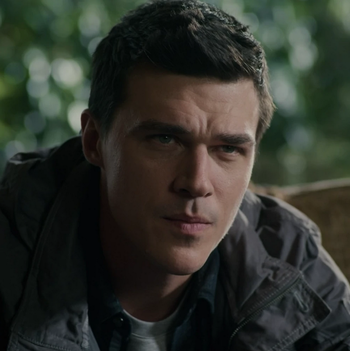 "I'm trying to find out what happened to my father."
Benjamin's son, all grown up. He learns of the camp grounds from his dying aunt and he comes to the grounds hoping to learn what happened to his father and to learn who was sending him money.
Stacey Phillips

A writer at the National Inquirer with a penchant for writing true crime.
Pete

A young man who dresses up like Mr. Jingles to scare people.
Keith

A young man who dresses up like Mr. Jingles to scare people.
Larry

A young man who dresses up like Mr. Jingles to scare people.
Chan

A man who is in Montana's aerobics class, who Montana gets in an argument with.
Courtney

Mr. Jingles' wife and Bobby Jr's mother. A former prostitute who moved to Alaska to start a new life.
Lizzie

Richard Ramirez's girlfriend who visited him in prison.
Dustin

A photographer and bird watcher who goes to Camp Redwood with his girlfriend.
Ed

Brooke's friend, who was accused of sleeping with Brooke by her fiancé.
Mr. Thompson