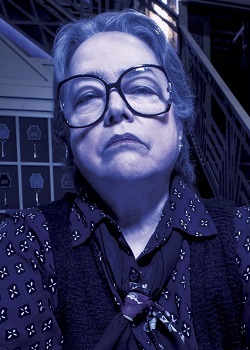 "At least I care about something."
Played By: Kathy Bates

The manager of the Hotel Cortez. She lives there with her ailing son, Donovan. She has formed a friendship with hotel bartender Liz Taylor and has difficulties with tenant Hypodermic Sally. 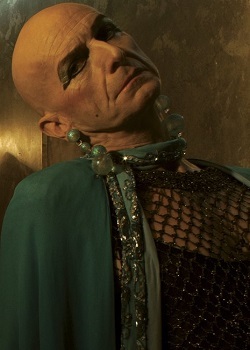 "I'm sorry, lady. This is a no-tell motel."
Played By: Denis O'Hare

A bartender and entertainer who is obsessed with the actress Elizabeth Taylor. 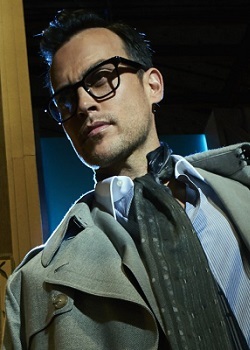 "This place is far enough away that it speaks to me— it sings, even."
Played By: Cheyenne Jackson

The new owner of the hotel. He is a New York fashion designer who sought inspiration and bought the hotel, moving in with his son, Lachlan. 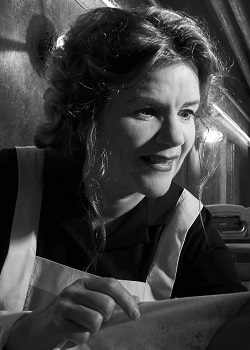 "I can take care of every stain there is."
Played By: Mare Winningham
The laundress of the Cortez.
Advertisement: 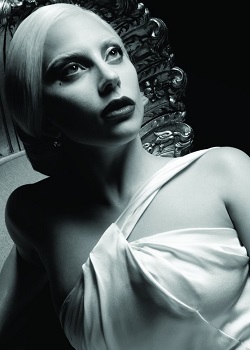 "You're only immortal if you're smart."
Played By: Lady Gaga
"We have two selves: the one the world needs us to be—compliant—and the shadow. Ignore it, and life is forever suffering."

A glamorous but deadly creature who sustains on a healthy diet of sex and blood. She kills with her very fashionable and very sharp chain mail glove.

The Countess and March's monstrous infant son. His mother tried to have an abortion (in the Murder House), but since she was a vampire he was instead born as an undead fetus and has been that way ever since. 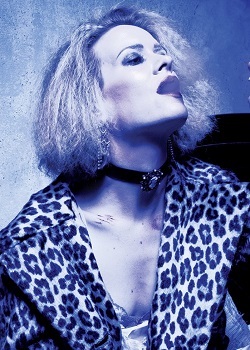 "Move me with your tears."
Played By: Sarah Paulson
"Getting high used to be like how you imagine Heaven. Pure light. The perfection of it all. Even in me. Then I got lost. Kept trying to climb higher. Get closer to that light. Like an endless ladder where all you do is get further and further away."

A drug addict and thorn in the side of her landlord at the Hotel Cortez. 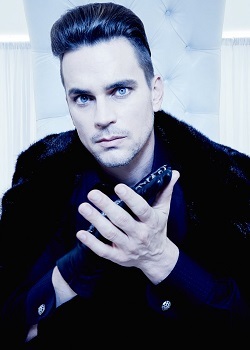 "I was a junkie because I wanted to escape from my mother. You made it so I never can."
'Played By: Matt Bomer

The Countess's lover of 20 years who gets rebuffed when she meets male model Tristan. He is interested in domesticity and is the son of Iris. 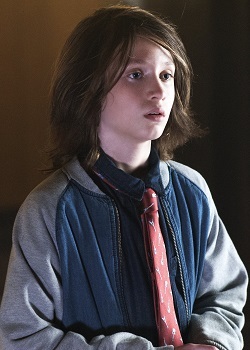 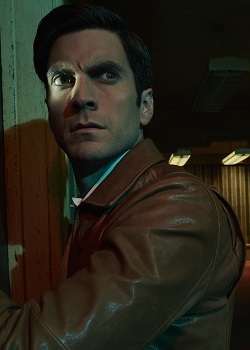 Played By: Wes Bentley
Liz Taylor: [to John] I can see the pain in your eyes. It's very familiar. Oh, you've lost something. And now you're frozen in time. Can't move forward. Can't go back.

A detective investigating murders that have lead him to the mysterious Hotel Cortez. 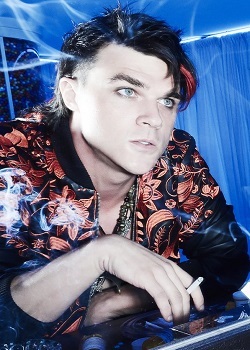 A temperamental model who becomes The Countess's new flare. 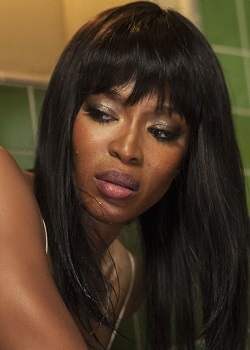 Claudia is a Vogue editor who ends up staying at Hotel Cortez. She's outlandish and thinks she's indestructible and that nothing can hurt her.

Played by: Alexander Ward
A man who is sewn into a mattress who Agnetha and Vendela encounter.
Gabriel 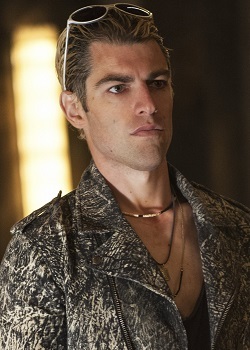 Played By: Max Greenfield
A junkie who checks into the Cortez.
Mr. Wu

A man who checks into the Hotel Cortez.
Played by: Charles Melton
Agnetha 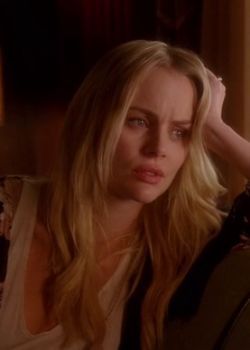 A Swedish tourist who checks into the hotel with her friend Vendela. 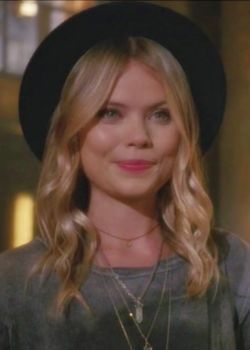 A Swedish tourist and friend of Agnetha.

Justin, a former photographer for Entrez-vouz magazine, stays at the Hotel Cortez after being terrorized by the kids that go out for candy on Halloween in the past years.

A bitchy hipster who is dating Justin. 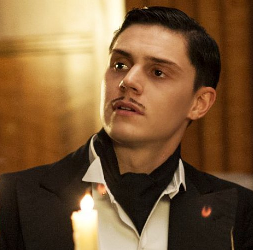 "Well then, I guess I'm just going to have to kill God."
Played By: Evan Peters
Appearances: Hotel | Apocalypse

The builder and owner of the Hotel Cortez in the 1930s.

Played By: Lily Rabe
A sex worker who killed seven men in Florida, all within a two-year span (1989-1990).
John Wayne Gacy 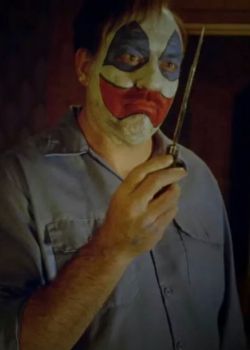 Played By: John Carroll Lynch
An American serial killer and rapist who sexually assaulted and murdered at least 33 teenage boys and young men between 1972 and 1978 in Chicago, Illinois. During his years of killing, he was known in the community for appearing as Pogo the Clown at local charity events.
Jeffrey Dahmer

Played By: Seth Gabel
Known as the "Milwaukee Cannibal", Dahmer was an American serial killer who raped, murdered, and dismembered of seventeen men and boys between 1978 and 1991.
Richard Ramirez

"Swear to Satan you won't scream or I'll kill you."

To see the Richard Ramirez that was on 1984 see his section under Serial Killers. 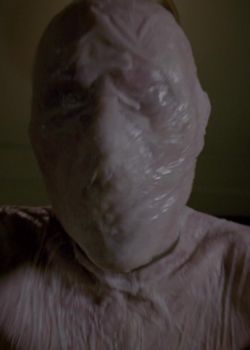 Rudolph Valentino was a famous actor back in the 1920s who had a polyamorous affair with the Countess and his wife Natacha.

Natacha Rambova was a film costumer and set designer back in the 1920s, who married Rudolph Valentino. They divorced to appease film studios, but Natacha was still involved with Valentino who then brought the Countess into their relationship.

Played by: Henrik Rutgersson
A vampire who gave Rudolph Valentino the blood virus. 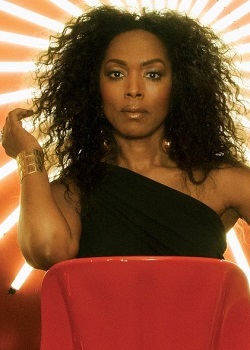 Played By: Angela Bassett
A former movie star who was The Countess' lover, who turned her into a vampire.
Alex Lowe 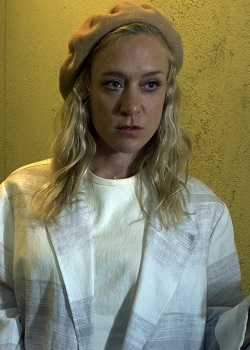 The young daughter of John and Alex Lowe, and sister of Holden.

Played By: Anton Starkman
A boy who has measles.
Holden Lowe

Played by: Lennon Henry
John and Alex's son who was kidnapped by The Countess.
Marcy

Played by: Jessica Belkin
One of The Countess's vampire children. She is told to protect John from knowing who the Ten Commandments Killer is by Sally.
"Lumberjack"

Played by: Tyler Cook
A man who Tristan hooks up with and murders.
Mrs. Ellison

Played by: Ava Acres
Max's girlfriend and a vampire.
Jimmy

One of the vampire kids.