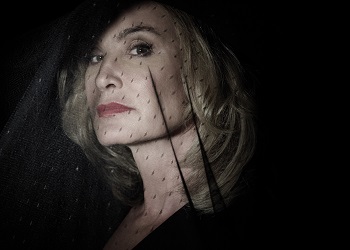 As Supreme Witch of the Salem descendants, the glamorous Fiona Goode lives a life of style and luxury, traveling the world and hobnobbing with celebrities. Now, she returns home to Miss Robichaux's Academy in New Orleans with plans to rule her coven again and maybe repair her estranged relationship with her daughter Cordelia. 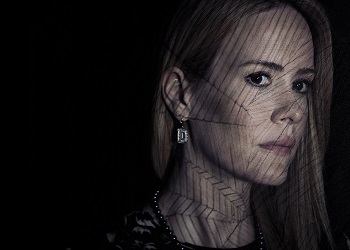 " I have half a mind to enchant the locks after you leave."
Played By: Sarah Paulson
Appearances: Coven | Apocalypse

The idealistic headmistress of Miss Robichaux's Academy, Cordelia Foxx is fiercely protective of the girls entrusted to her care. In the face of her larger-than-life mother Fiona, she struggles to maintain order amid the dark forces of chaos gathering within the school. She succeeds her mother as Supreme. She also serves as the main protagonist in Apocalypse. 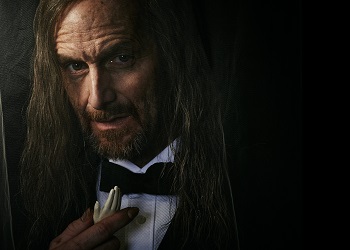 "Three-hundred years my family has been a clan of watchers...and now, I see everything."
Played By: Denis O'Hare

A mute butler at Miss Robichaux's Academy for Exceptional Young Ladies, his family served the coven for ten generations. He handles getting rid of the bodies. Killed by Zoe for his crimes against the Coven (i.e., being an accomplice to Fiona for murdering Madison, hiding her body, and trying to kill Zoe when she found out), although he stays around as a ghost. 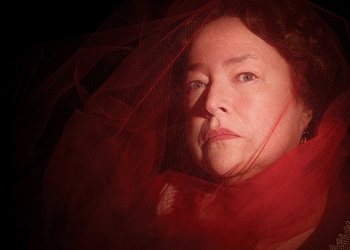 "I am Madame Marie Delphine LaLaurie, and you're nothing!"
Played By: Kathy Bates
Appearances: Coven | Apocalypse
"Hell is real. I've seen it, down in that box."

A high-society Creole socialite in 1830s New Orleans. Her love of hosting elegant parties is matched only by her taste for the gruesome torture of her slaves. Though murdered by the New Orleans Voodoo Queen for her sins, LaLaurie's fate is revealed as one worse than death. And one that has not yet ended. Shortly after being awoken in the present day, she's forced into being the coven's personal maid — much to her chagrin. She's killed by Queenie later on and gets sent to Hell to watch her daughters suffer for eternity as her own personal one.

The Supreme before Fiona. 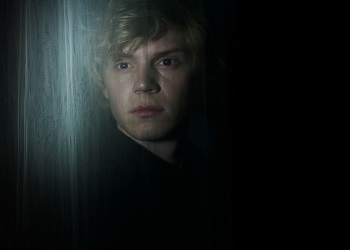 The charismatic leader of his school's Kappa Lambda Gamma chapter. A native of New Orleans' Ninth Ward, Kyle has spend the years since Katrina supporting his single mother. 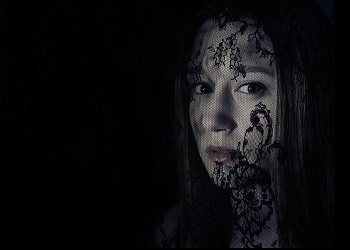 "Did we just marry the devil, because I don't know if I'm down with that?"
Played By: Taissa Farmiga
Appearances: Coven | Apocalypse
"Witch up!"

Girl Next Door Zoe Benson has her life turned upside down in an instant when her true lineage is violently revealed. Ripped from her family and the only life she has ever known, Zoe must all-too-quickly learn to navigate her strange and uncontrollable gifts. She dies during the Seven Wonders, but is brought back by Cordelia. At the end of the series, she aids Cordelia as a member of the new Council. In Apocalypse, she's shown to also be teaching at the Academy. 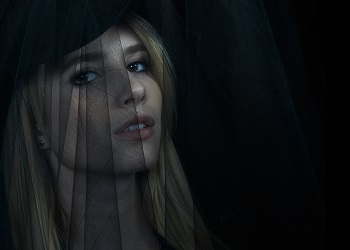 "Surprise, bitch! Bet you thought you'd seen the last of me."
Played By: Emma Roberts
Appearances: Coven | Apocalypse
"As the next Supreme, I'm going to drag this coven out of the dark ages. Crotch-less panties for everyone!"

A student witch at Miss Robichaux's Academy, with the power of telekinesis. A former teen actress, she's a total party girl and something of an Alpha Bitch who bonds with Zoe due to her tensions with Queenie and Nan. Murdered by Fiona in episode 3 out of fear that she would become the next Supreme, but it is revealed she has a heart murmur that the Supreme would not have. Resurrected by Misty. She later shows up at the end of the third episode of Apocalypse along with Cordelia Goode and Myrtle Snow, having been brought back from her personal hell by Michael Langdon. 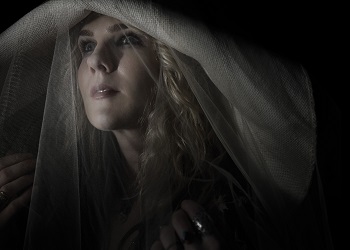 "Power of resurgence. I like the sound of that."
Played By: Lily Rabe
Appearances: Coven | Apocalypse
"That's the thing. You can't be your best self until you find your tribe. I'm still looking for mine."

A young woman from a backwoods Pentecostal community in the bayou of Louisiana, Misty Day is misunderstood and even feared by those in her own community. Without a coven to call her own, Misty spends her days meandering the swamps and listening to Stevie Nicks. She loves animals and was thought to be the next Supreme. She died performing the Seven Wonders as her soul did not return to her body by sunrise. In Hell, her greatest fear was that she was forced to dissect a frog, only to heal it and do it over and over again. 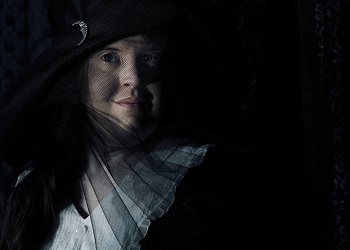 "If I was the Supreme, I would only do good."
Played By: Jamie Brewer
Appearances: Coven | Apocalypse

A student witch at the academy. In addition to having Down Syndrome, she is a clairvoyant and empath who knows more than she lets on. 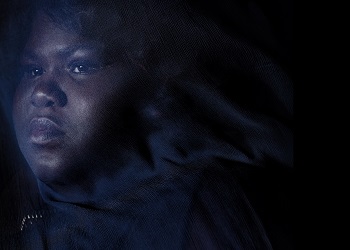 "You just wanted love and they called you a beast. They called me that too."
Played By: Gabourey Sidibe
Appearances: Coven | Hotel | Apocalypse

An inner-city math prodigy from Detroit, Queenie never identified with the mostly-white witches on television until she became one herself. Having grown up in foster care, she may have finally found a true family at the Academy...if she can survive the experience. She fails the Seven Wonders, but happily supports Cordelia's rise to power. At the end of the series, she and Zoe form the new Council.

She shows up as a guest at the Hotel Cortez, however she ends up getting killed by James Patrick March, who is a ghost and thus unaffected by Queenie's voodoo powers.

Following her death, her ghost was held captive by March in the Hotel Cortez. However, during a flashback scene in Apocalypse, Michael Langdon was shown easily breaking Queenie free from the curse, which was something that Cordelia Goode was unable to do. 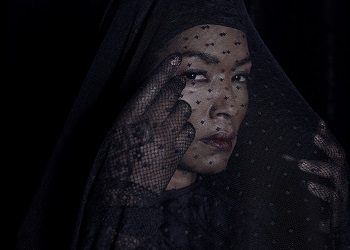 The Voodoo Queen who is well-known throughout New Orleans. Her status in the Voodoo practice is equivalent to that of the Supreme Witch Fiona Goode. She runs a hair salon as a front to live normally in modern society. She once made a truce between the witches and the voodoo practitioners of New Orleans, until Fiona's actions put it under strain. She gets killed off permanently and sent to Hell working for Papa Legba later on.

Played By: Ameer Baraka
Delphine LaLaurie: "My great literacy began with Greek mythology. I used to sit in Daddy's lap and he would read me those histories full of their vengeful gods and wondrous miraculous creatures. But the Minotaur was always my favorite. Half man, half bull. And now, I have one of my very own."

A slave working for Delphine LaLaurie, who was unlucky enough to have both caught the attention of one of her daughters and to be caught seeing her one night. As punishment, he's sent to LaLaurie's attic, where he was trotted and forced to wear a dead bull's head over his own. He was freed by his lover, the voodoo queen Marie LaVeau, but only after having gone through immense torment. He's still with Marie in the modern day, and apparently serves as her personal muscle.

A hairdresser at Cornrow City who assists Marie with spells. 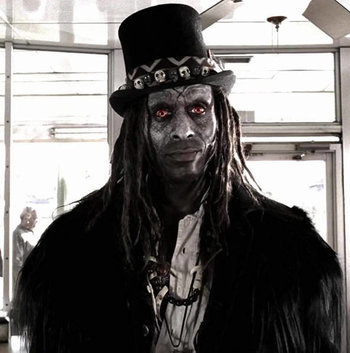 A voodoo loa with a sinister connection to Marie LaVeau. 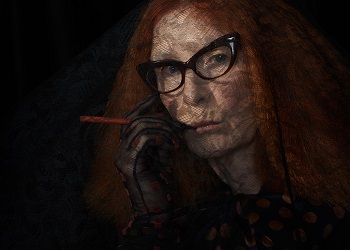 "I have a book of matches in my pocket and I'm just dying to light this fire."
Played By: Frances Conroy (old) & Michelle Page (young)
Appearances: Coven | Apocalypse

A graduate of Miss Robichaux's Academy, the eccentric Myrtle Snow serves as head of the Witches Council. Despite her complicated past with Fiona, Myrtle has a very close relationship with Fiona's daughter Cordelia. She also hates Fiona, knowing she killed the previous Supreme but is unable to prove it. She is burned at the stake by Fiona, but resurrected by Misty. In the finale, she is burned at the stake for murdering the old Council, but dies on her own terms... until Apocalypse, when she's shown to be alive and well yet again. 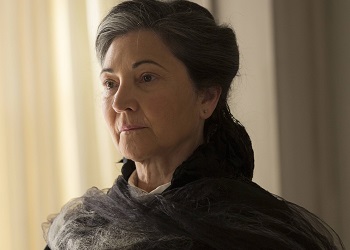 A member of the Witches' Council that visited the Academy. She serves as the stenographer and keeps an official record of the meeting. 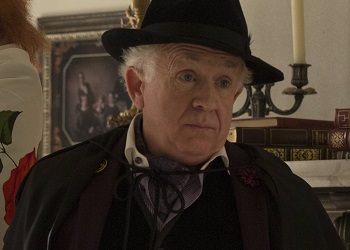 A warlock, or male witch, as well as a member of the Witches' Council. He is a famous author, whose books are on the bestseller list. It was mentioned that it was Fiona's magic that made his books successful.

A council member from when Anna-Leigh was Supreme.
Lanchester

A council member from when Anna Leigh Leighton was Supreme.
Bartholomew

A council member from when Anna Leigh Leighton was Supreme. 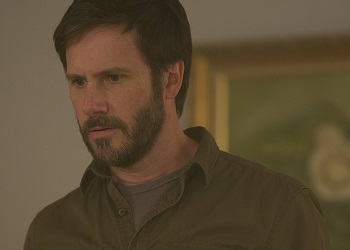 Cordelia's husband. In actuality, he comes from a long line of witch hunters. Marie hired him to kill the descendants of all the Salem witches, thinking that she'd be able to handle him in the event he came after her. She was wrong. 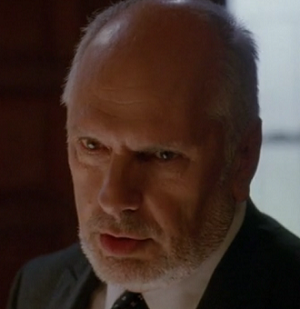 The CEO of Delphi Trust and Hank's father.

Trusted confidante of Harrison Renard and the number two man at Delphi, which Hank seems to have some resentment about. He's present with Renard and the rest of the board at the ill-fated meeting to negotiate with Fiona and Marie.

The oldest daughter of Delphine LaLaurie.

The youngest of Delphine LaLaurie's three marriageable daughters. Despite her social standing in New Orleans society as a LaLaurie and youth advantage over her sister and half-sister (her mother believes her to be the ugly one and with no main talent), she only had eyes for the black servant Bastien.

Played by: Ashlynn Ross
One of Delphine's daughters.

Kyle's mother. Kyle's death brings her to the brink of suicide from which Zoe pulls her back by returning her son. 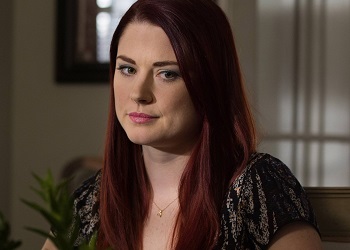 A young witch with the power of making things burn, who was approached by Cordelia to join the Academy. Murdered by Hank Foxx.

One of Kyle's frat brothers. Along with some of his other friends, Archie gang-rapes Madison at a party and then is later heavily injured when she telekinetically flips their bus. Zoe comes to the hospital to see if Kyle is still alive but sees it is Archie who survived, not Kyle. In turn, Zoe begins to fondle him and then rapes him, killing him with her deadly vagina. 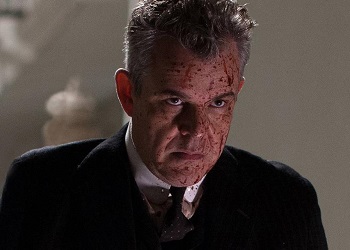 "Undoubtedly, you Orleanians think of me as a most horrible murderer, which I am, but I could be much worse if I wanted to."
Played By: Danny Huston
"They have never caught me and they never will. They have never seen me, for I am invisible, even as the ether that surrounds your earth. I am not a human being, but a spirit and a demon from the hottest hell. I am what you Orleanians and your foolish police call the Axeman."

A murderer who met his end in 1919. He has been watching over Fiona for all her life at the coven and was in love with her. When he finds out she was going to leave him, he kills her and feeds her to the alligators, then attacks the rest of the Coven, meeting the same fate as he did in 1919. However, in actuality, Fiona faked her death, and when she passes on, she finds herself in her personal hell, coupled with the Axeman for all eternity. 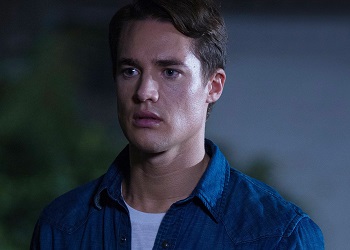 The son of Joan Ramsey. 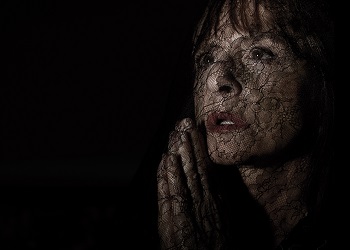 A fundamentalist Christian woman who moves in next door to the Academy with her son Luke. She strives to protect herself and her son from all that is dark and ungodly.

A student who was in Misty's class when she was a student. An demon taking his form is in Misty's hell.
Mr. Kingery

Misty's teacher from when she was a student. An illusion of him tortures Misty in her hell.
Gummy

One of the people who works at Marie's salon.
Cora

The mother of Henry, a boy lynched by racists.
Chinwe

One of the people who works at Marie's salon.
Dr. Zhong

Joan's husband, and Luke's father, who was going to leave Joan for his coworker but was murdered by her.