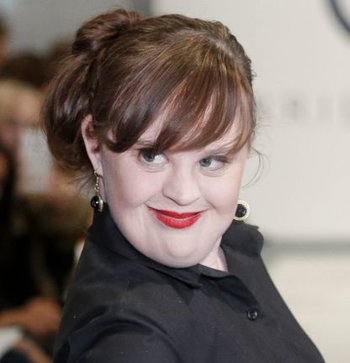 Jamie Brewer (born February 5, 1985 in California) is an American actor, model, and activist.

Brewer made her acting debut in the first season of the FX anthology series American Horror Story, and is best known for her various roles throughout that series, having appeared in a total of five to date.

She is also notable for being a visible actor with Down syndrome in the film industry, and is an advocate for awareness of the condition. In 2015, she became the first person with Down syndrome to walk a show at New York Fashion Week.