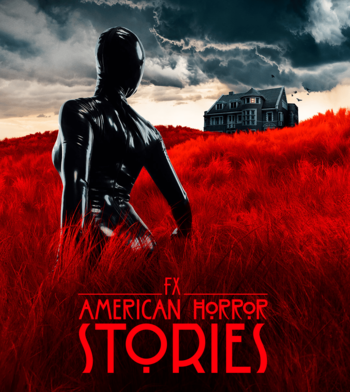 In contrast to its parent series, which utilizes a seasonal format, American Horror Stories is episodic in nature and features self-contained stories, but some may be thematically or directly linked to existing aspects of AHS lore. The two-part premiere, "Rubber (Wo)man", for example hinges on a callback to the infamous Rubber Man from Murder House, which was heavily used in marketing materials for that season.

As with prior entries in the franchise, Stories also features recurring cast members returning in new roles, with the likes of Matt Bomer, Billie Lourd, and John Carroll Lynch appearing in season one.